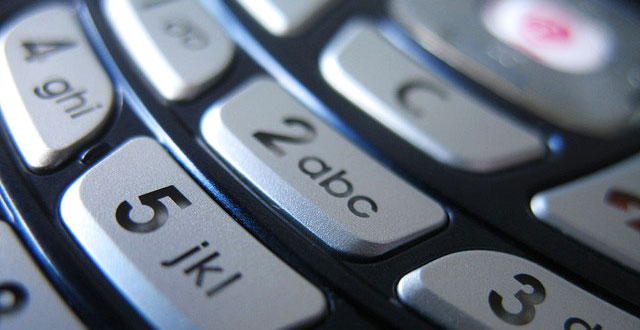 We’re crouched inside the walls of a dystopian bunker that I know is my house. Faceless visitors hand me gifts; it’s my birthday, and this is my party. A convivial hum scores the festivities. Then ex-IGN editor Matt Casamassina barrels into the room. He has brought a present; I can tell he’s very proud of his selection, and is excited to show me. Somewhere, a phone rings. Matt leaps theatrically toward the sound, wanting to answer it, but he doesn’t and the ringing continues, until I wake up on my friend’s couch to his alarm beeping through the wall.

Time during E3 moves in such frenzied spurts that you often forget to do what you should. Yesterday I probably ate 500 calories and expended 5,000. I haven’t had a bowel movement in three days. Now I’m walking along Overland St., looking for glints of light on the sidewalk in front of me. The bus ride to the Los Angeles Convention Center is $1.50 and I’m eight cents short. A quarter, nickel, dime, and two pennies jingle in my breast pocket; I’m an Amazonian A-cup without my quiver, but still on the hunt. No dice. The #733 arrives and I step up through its folding doors, standing off to the side, waiting my turn to pay, hoping for a merciful driver. Then I spot it: a small round piece of silver, tucked between the feet of the women paying. I could lunge but the effort might be misinterpreted. I decide to wait. She pumps another quarter in the machine, but needs more. I’m trying not to look at the dime, willing it to invisibility. Without warning she bends to her knee and picks it up, as if she knew it was there all along, and jams it down the slot. The driver takes pity on me. I grab a seat.

A child in front of me, maybe five or six years old, is playing a blue DS. As is my custom, I crane my neck to catch a glimpse of the screen, curious to see what game he’s playing. But there’s no game loaded. He’s changing the clock in the Settings menu, pushing up, up, up on the d-pad, the digital numbers rising with great speed, the child happy to do nothing else but surge ahead into the future.

All week I’ve been loath to wait in line. The show floor at E3 contains multitudes; I’ve had no interest in standing still. Most times you have little choice, compelled forward by a swarm of like-minded bodies. But this is my last chance, the final push. I spent yesterday gawking at unloved curios on the outskirts; today, I look to what’s next from the big boys.

My goal is twofold: play Sony’s upcoming handheld, the PSP Vita; try Nintendo’s next console prototype, the Wii U. Unfortunately, I arrive late and must choose. Journalistic objectivity is a feeble opponent when pitted against a decade and a half of pent-up anticipation.

(A brief note: I was 14 during E3’s inaugural year in 1995. I scanned those glossy pages of magazine coverage as if searching for clues to a hidden antidote. But an antidote from what? I’m not sure. My parents’ divorce a few springs prior, maybe. The new arrangement was hit-or-miss. Visits to Dad’s new place were fun, even if he couldn’t cook. The weekend often ended in him buying me a new SNES game: Batman Returns one time, the Super Scope 6 bazooka another. Like I said—hit-or-miss. E3 1995 promised a new Nintendo console, codenamed Project Reality, and with it something to look forward to aside from eating frozen pizza in unfamiliar quarters. But it failed to show up. I would have to wait a year before reading about the Ultra 64, and another year after that to track down, with scary persistence, a store carrying Nintendo’s eponymous 64-bit system.)

Point is, my pubescent enthusiasms remain with me. In an apartment I share with my girlfriend, a question-block decal hangs over the doorway into the kitchen, the one with the pull-up bar, to maximize 1-up opportunity. Games from Satoru Iwata’s ideas factory in Kyoto still flick my happy-switch more than any others. If given a choice, I choose Nintendo. So I got in line.

It’s 12:35 p.m. when the waiting begins. There is something refreshing about standing in place after so much scurrying. You form a necessary bond with those close in proximity, your relationship extending beyond the name and company on your badge.

I first chat with a tall, balding gent from Orange County who develops software tools at Blizzard. His girlfriend never used to play games, but now she’s hooked on World of Warcraft. We move up a few paces toward the entrance. A shorter guy turns around and asks about Diablo III. Turns out he went to high school a few towns over from me, graduating the same year. He now lives in San Diego. We turn the corner and can see the entrance 10 feet ahead. I say to OC, “Looks like we’re getting close.” A skinny Asian woman wearing a white-and-grey Wii polo shirt is moving down the line, answering questions. Someone asks how long the wait is. “From that opening there, about an hour.” OC and I look at each other, crestfallen. It’s already been close to an hour. I smell the distinctive tang of Sweet Baby Ray’s barbeque sauce; I’m so hungry. But it’s okay, the Wii lady says, since once inside you can watch others play, and you’ll need the time to study. I notice she has a mouth full of braces; not the thin, see-through kinds many adults wear, but the chunky metallic ones, purveyor of so much middle-school torment.

“Be sure to try each game—I mean, experience—once you get inside,” she says. I catch the slip. “Are you not supposed to say ‘game’?” I ask. “Nooooo!” she says, her mouth an oval of lights shining off each iron-wrapped tooth. She explains that people will see the Zelda HD video and say, compared to it, “Skyward Sword sucks.” These are all just concepts. No games. We trudge along.

Standing and waiting in line to play unreleased videogames is like the worst version of speed dating ever. Or best, I suppose. I keep catching the eye of a kid in front of us, a baby-faced guy holding a briefcase. San Diego and OC are still talking Diablo. “Hey man,” I say, not sure of an opening line. He takes the bait. Soon I know he lives in Toronto, and ports mobile games to the iPhone. He worked on Mega Man 2, among dozens of others. Our courting is interrupted when we reach the opening, a blue glow emanating from within. “Are you four together?” a woman asks. We look at each other, hesitating. “Yeah?” I say, and she allows us to all go in at once. We’re thrust into a room of flying birds and cherry blossom trees, arrow-shooting cartoon pirates, sword-carrying pink puffballs. The others stay behind, still waiting outside. Of course we’re together. “We’re best friends,” says the OC. “Known each other for years!” says Toronto. “I love you guys,” says San Diego.

A long strip of horizontal screen wraps around the room, playing a loop of trailers and promo videos. Every 10 minutes or so the lights will go down and the screen will fill with rain as thunder roars overhead. I’m focused on the wall lined with 10 kiosks, each filled with people playing a different “experience.” Spaceships hover over arenas, shooting at Miis wearing Samus’ power suit. A squiggly line is drawn, again and again, before being measured for length. Someone spins in a circle before holding the Wii U touchscreen controller to the sky and peering at the moon. We’re getting close.

Three hours after being last, I’m finally first, the next one to be called. Moments away from playing the future. My 14-year-old self would be going into anaphylactic shock; here, I exude a feigned calm, trying to keep my hands dry. My pocket buzzes. The girlfriend. She’s flying in tomorrow to join me for the weekend.

“Hey darling! I’m about to play some serious Nintendo stuff in, like, seconds. What’s up?”

She’s silent. Or she says something quietly; the phone might as well be a hand weight. I can’t hear anything. She repeats herself: I never replied to her text earlier. She doesn’t know when I’m picking her up at the airport. Or if.

The lady in the Wii polo shirt taps my arm. I’m up. A bald gentleman points to a kiosk halfway down in the demo area. It’s a five-player game, and four others are waiting for the next game to open up. We’re next.

“I’ll be there tomorrow. We’ll figure it out. Everything will be fine.”

My brothers and sisters, everything was not fine. The demo opens up but I’m still on the phone, finger stuck in my left ear. I swivel and nod to the person behind me, motioning, you go. I say, “I can’t talk right now.” I say, “Others are waiting.” None of this sounds good. She doesn’t want to speak to me right now, anyway. We hang up. I wait for another turn and finally step into place.

The new controller is placed into my hands as the attendant repeats his honed instructions for the 300th time. The demo is called Chase Mii. Basically, my character runs and hides into a large maze, and the four others have to track me down. The trick is that only I have the new screened controller: I can see a top-down view of the arena, while the others play using a Wii Remote, relying on their own perspective split four ways on the TV. The timer starts counting down. I run off and find a nook. But soon the others are after me. An indicator on their quadrant of screen shows their distance from me, a Hot/Cold meter. They’re getting warmer. I keep moving, anticipating their angles of pursuit. One’s right behind me now. They lunge but I turn at the last second and evade them. One minute to go.

My pocket buzzes again. I ignore it. The colored dots on the overhead screen in my hands are converging on me. A Mii leaps at me and I twist the analog pad left, resisting capture. Onlookers behind us yell, “Ohh!” That was a close one. Only 30 seconds to go. My pocket buzzes a second time. I steel my focus; you can only run for so long. So I change tactics. I turn around and head straight for my chasers. Their distance meters count down to nothing. Right as one leaps forward, I swerve, still safe. Two others have joined us, each jumping at me, just missing. I run in a tight circle, dodging, juking, not running away but avoiding capture all the same. The other players shriek anew with each missed attempt—Ah! So close!—until the timer runs down and confetti bursts from the top of the screen. The game says, “You’re the winner!” But I’m not so sure.

I hand back the controller to a chorus of good game‘s all around. The attendant tells me, “You sure took the aggressive route. Nice job.” Nine other stations await. Behind me stand a snaking line of impatient hordes, jealous of my location within the barrier. An attractive woman beckons me, holding out the sexy new controller, urging me to take it from her. Instead, I sit down on a spare square of ruddy blue carpet in the corner, away from the games, and take out my phone.

Read about the first, second, and third day of E3. Photograph by Johnathan Lyman