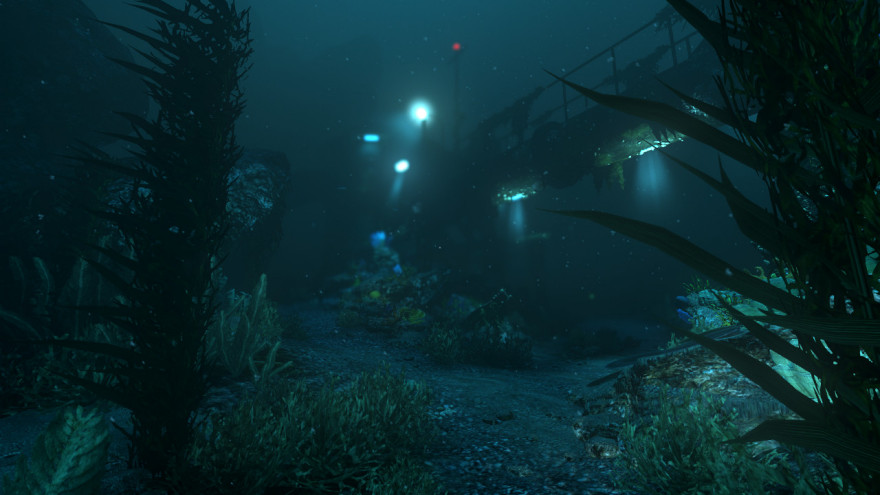 Sci-fi survival horror game SOMA wants to mess with your head in every way imaginable. Set in a remote underwater research facility doing some wacky shit with robots and artificial intelligence, the player must survive the aftermath of its collapse into chaos. While recalling visuals from BioShock‘s Rapture—the gold standard in underwater disaster settings for videogames—the tone of SOMA appears more subdued. Underlying every horrifyingly dark corner in this research facility is the distinct impression that you are not wholly in control of your own mind. Some heavy hints from development team Frictional Games (creators of Amnesia: The Dark Descent) indicate that SOMA will explore the brain-in-a-jar thought experiment, which questions the reliability of your own perception and sense of self. Which is not to mention the fact that the robots in this facility have started thinking of themselves as human.

a story of subtlety and subversion

While the latest trailer doesn’t explicitly explore these themes, they’re still implied. Showing off the game’s cold, bleak, isolated environments, the visuals are overlayed with a juxtaposing voice over remembering happier times from above the surface. An unnamed female character describes her greatest moment of peace as a child watching over the hustle and bustle of a city: “Street food vendors filled the air with aromas of all my favorite foods. The streets below were shattered by the tall buildings. The people pushing through the crowd flowed like paint from an artist’s brush. I felt the warm wind in my hair,” she says, over the image of a lone searchlight penetrating a dark, lifeless abyss. “For a brief moment I felt connected to the world in a way I never had before. It was the most profound feeling of comfort and sense of belonging I could ever hope for.”

All the previews of SOMA promise a story of subtlety and subversion, and this trailer is no different. On their blog, Frictional Games claims that “SOMA is easily the most story-heavy game we have made so far.” While the horror of Amnesia relied on the more immediate scares of a haunted house, “SOMA is laid out a bit differently. At first it relies more on a mysterious and creepy tone, slowly ramps up the scariness, and peaks pretty late in the game.” Amnesia brought a new perspective on an old horror trope, but “SOMA, on the other hand, derives much of its horror from the subject matter. The real terror will not just come from hard-wired gut reactions, but from thinking about your situation and the events that unfold from it.”

If the trailer is any indication, players are in for a treat of interactive storytelling that mimics the slow burn of films like Ex Machina.

Check out Frictional Games’ devblog for more of their thoughts. You’ll be able to play SOMA on PC and PS4 September 22nd.