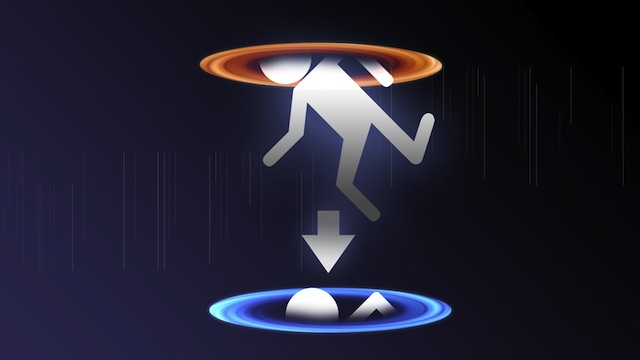 No longer pigeonholed as the needless playthings of Gen Y’ers, videogames are forever proving their usefulness to science. Scientific American ran an illuminating article on memory and how it is obfuscated by the simple act of, get this, walking through a door.

It’s harder than you think.

According to the research of Gabriel Radvansky, Sabine Krawietz and Andrea Tamplin of the University of Notre Dame, these four-sided, framed entryways are the harbingers of absentmindedness and memory lapse. And the trio of white coats proved it by having their subjects play a videogame.

Sometimes, to get to the next object the participant simply walked across the room. Other times, they had to walk the same distance, but through a door into a new room. From time to time, the researchers gave them a pop quiz, asking which object was currently in their backpack. The quiz was timed so that when they walked through a doorway, they were tested right afterwards.  As the title said, walking through doorways caused forgetting: Their responses were both slower and less accurate when they’d walked through a doorway into a new room than when they’d walked the same distance within the same room.

The study, which was duplicated in real-life with similar results, goes on to debunk some previously held scientific biases about how the memory works. This revealing experiment in the annals of psychology shows that the context in which we learn isn’t as significant as originally thought. More often than not, when participants returned to the room where they first encountered their virtual task, they remained oblivious to what they were supposed to be doing.

It seems the brain is inclined to only keep short-term memory around as long as it’s useful, and through our familiarity with doors, it recognizes that it’s time to throw the old information out and start grabbing new data. The researchers concludes that the “doorway effect” is the result of the brain “purging our event models,” which sounds very machinelike and inhuman, but also correct, based on the fact that I’ve already went to the kitchen twice for a cup of coffee and came back empty-handed.

This further proves to me how brilliant Portal is. Think about all those testing chambers, conveniently separated by doorways that only open when you solve a puzzle by placing a cube in a cube-shaped indenture. And what about those portals? While technically not a doorway, they are more or less the same thing. How genius is it that Valve knew our tendencies and, at the same time, challenged them with impromptu doors? It makes me think, “Pssht, psychology! We knew that all along.”