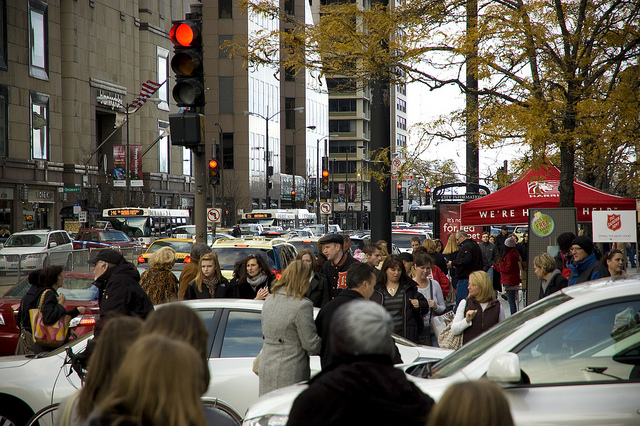 It’s one of the most tired clichés in modern life – that thanks in large part to the always-on, always-connected paradigm enabled by modern technology, American lives are busy, crazy, and unhealthy.

That may well be true. But it has less to do with technology than we might think – and more interestingly, scientists are starting to get traction in uncovering the optimal speed settings for a happy life.

“Everybody knows” that the pace of daily life is speeding up, accelerated by the proliferation of mobile phones, tablets, WiFi and other communication technologies and by fallout from the 2007 economic crisis… however, despite this broad consensus, and its obvious health and quality-of-life implications, there seems little empirical survey evidence that daily life is truly speeding up.”

After looking at longitudinal statistics (based on surveys from the 60s, 70s, 90s, and finally, post 2008 economic apocalypse), it seems the perfect balance in life resembles, well, an actual balance between “bored” and “way too busy”.

Almost 50 percent of respondents who feel least rushed and who also feel least excess time report being “very happy”, almost twice as high as the rest of the US public. It is an elite group, making up less than 10 percent of the population. They not only seem happier by ignoring the “rat race” and subscribing to a philosophy of “Don’t hurry, be happy,” but by organizing their lifestyles to minimize spells of boredom and lack of focus as well. Thus, there seems dysfunction in having either too much or too little free time.

Hence, happiness means feeling just rushed enough – having enough (presumably interesting) things to do so that you’re never bored, but never an overwhelming amount, stressing you out.

Does that sound familiar, fellow gamers?

Game designers (the most skilled ones, anyway), are masters of funneling players into these flow states (the famous Csíkszentmihályi frame for being in a state of optimal, happy, productivity); that so perfectly resemble this balance. When you’re in a flow state, hours can go by in what seems like seconds, the outside world melts away, and you feel – well, connected to what you are doing.

I personally find games that put me into this state utterly addicting, and I suspect that this particular brain hack is ubiquitous amongst gamers.