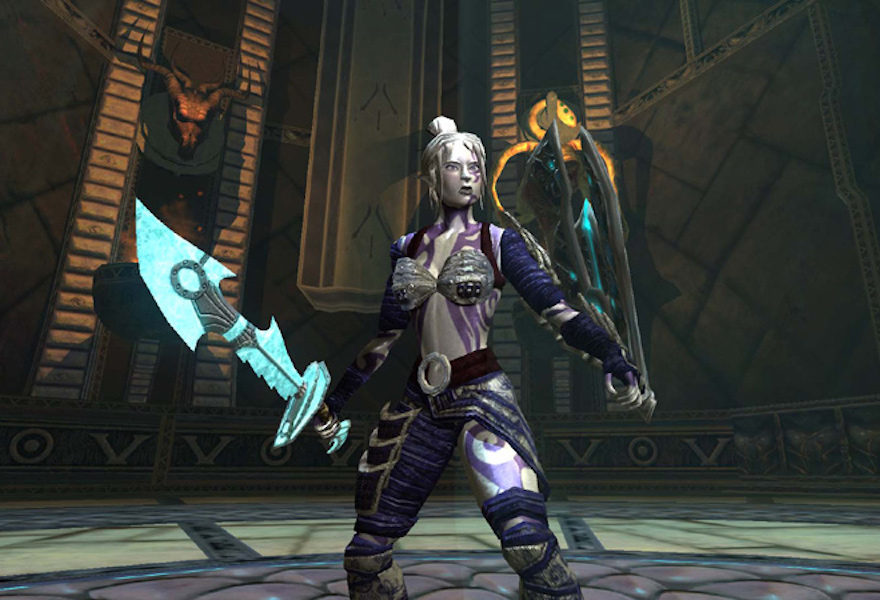 For the past few years, one of the more common debates to be found on social media has been over whether women are discriminated against within videogames. This can relate to a number of factors, including skill, female presence in the community, and how women are represented within games, but conversations in these topics are often noticeably hostile and difficult to conduct. However, recent scientific studies on the topic have provided new insight into if and how discrimination presents a problem for women in and around videogames, as well as what difficulties sexism in games poses for women in tech in general.

According to a 2015 study from the peer-reviewed journal Games and Culture, two different 2014 studies from Computers in Human Behavior, and a host of numerous other studies conducted in various journals from 2004-2012, sexism against female players does indeed present a prevalent barrier to entry for women in many popular online games. Taking note of a glass ceiling of sorts, these studies argue that this discrimination tends to push women away from leadership roles in games and into support positions, and can even pressure them into outright silence through the use of harassment and stereotypes. But regardless of how it manifests, the researchers note that this discrimination is often built around and justified through one central claim: that women are simply worse at games than men.

However, according to a recent study released on the 18th of May from the peer-reviewed Journal of Computer-Mediated Communication, the stereotype that there are gender-based skill disparities in online games is nothing more than a myth, and may in fact contribute to under representation of otherwise skilled women in fields related to science and technology as a whole.

The study begins by looking into the basics of gender role theory, and explains that many of the supposed gaps prior research has found between male and female players aren’t a result of innate gender differences so much as an indicator of female players being under represented in more competitive videogame genres. The researchers note that because many popular games are built around actions geared towards stereotypically male preferences, such as violence and shooting, they tend to be largely dominated by men, which may encourage women who play them to doubt their own skills and rely on help from male friends and partners instead.

This can also lead otherwise capable female players to underreport their own ability, as seen in a 2015 study of the League of Legends (2009) community, which showed that many female players often demonstrated lower confidence than their male peers despite being around the same skill level. However, the aforementioned recent study from the Journal of Computer-Mediated Communication (JCMC) notes that once women secure “authentic access” to these games and become familiar with them, they tend to play with just as much expertise as male players. “Gender,” it notes, “is a correlate of experience rather than the true cause of gameplay differences.”

To test this, the JCMC study gathered data from two popular massively multiplayer games across two different regions and decades, and compared how quickly female players leveled up in them when judged against their male counterparts. For the West, the study looked at the fantasy game Everquest II (2004) between the period of January and September of 2006, whereas the study looked at a game titled Chevaliers’ Romance III from the period of May 2010 to June 2012 to track progress in China. To determine player gender, the study took data from the gender players used when signing up for the game rather than the gender of their character, so as to control for players who were playing across gender lines either for role-playing purposes or, in the case of women playing male characters, to escape sexism.

The results? Regardless of gender, players who played more frequently tended to perform better. In the Everquest II study, while men committed slightly more hours of total playtime than women, the difference was not considered statistically significant, and may also simply point to a greater population of male players than a lack of time devoted to the game among their female counterparts. As for character level, men did have a slightly higher level overall, but the researchers noted that this was also not statistically significant. For the Chavaliers’ Romance III study, the team also found that men and women had comparable playtimes and levels.

“Based on our data from two MMOs, there is no significant gender-based performance disparity,” they write. “In both studies, women performed at least as well as men did.” However, although the differences in the Everquest II study were statically insignificant, the team still notes that the higher overall level of male players likely has less to do with skill and more with men placing a higher value on leveling up than women. They note that when women dedicated their time to leveling, they “leveled up at least as fast as men did,” and conclude that the reason men reached a slightly higher level overall may simply be due to them having a greater interest in competition rather than a greater ability to play the game; whereas women preferred to apply their time and equal level of skill to social activities instead. “The motivational difference between genders only makes our findings more robust,” write the researchers.

In their conclusion for the study, the team notes that women who played as much as men reached similar levels, and claims that their findings show that any perceived differences in performance or game choice has more to do with cultural expectations and prior game experience than innate differences in gender skill level. Additionally, the team proposes that stereotype threat—in which a negatively stereotyped group might perform worse out of fear of confirming the stereotype—may contribute to perceived differences in gender skill level, helping to sustain the stereotype and create a vicious cycle which fulfills itself.

“In both studies, women performed at least as well as men did.”

Outside of games, the researchers note that this could have dangerous effects for women in science and technology fields, or STEM fields, as a whole. “A similarly designed study also found that gender-based stereotype threat induced in a gaming context led women to perceive some STEM fields as better suited for men than women,” write the researchers. “Together, these studies suggest that the gender stereotypes in gaming are not only false, but potentially cause unequal participation in digital gaming, thereby perpetuating gender disparity in the distribution of the many known benefits associated with gaming, such as interest in STEM fields.” Essentially, the team is noting that because videogames tend to garner interest in fields related to science and technology, stereotypes which discourage women from playing them may also discourage them from entering into these fields as a whole, making sexism within games a broader educational issue even for those who have never held a controller.

All of which suggests that, yes, women are discriminated against in games, but no, they are not worse at them than men. Rather, both the existence of predominantly male gaming communities and the fundamental way many competitive games are built creates a hostile environment which causes women to second guess their skills and conclude that games “just aren’t for them.” This not only leads to a lack of female representation within games as a whole, but because games also act as a gateway to computer science for many young players, also contributes to a general lack of women in STEM. However, as the study notes when covering an experiment in which men and women learned to make educational games, the games which were developed by women did present a more welcoming atmosphere for other female players. The hope here, then, is that as more women are encouraged to enter into game development, more women will feel as if gaming is “for them.” Just so long as they are not scared, judged, or harassed away first.

To read the full Journal of Computer-Mediated Communication’s study for yourself, visit its website.