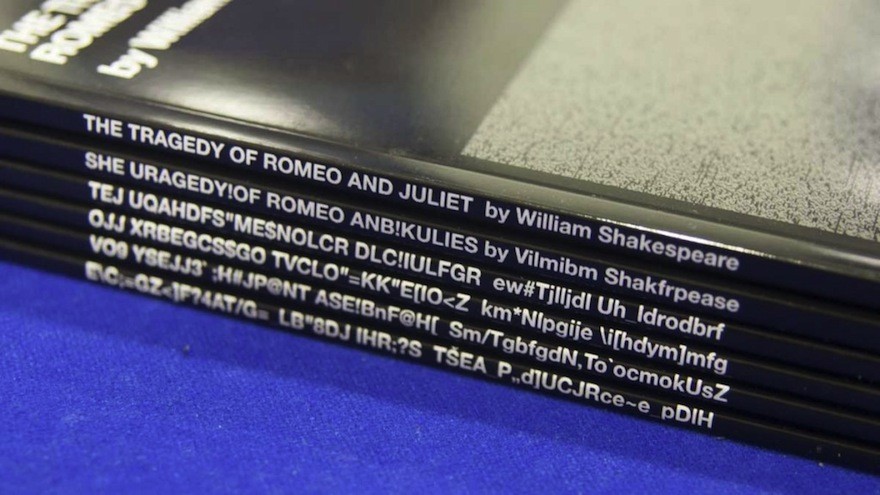 Digital photos are great, except when they’re not. As this series of books containing digitally compressed copies of Romeo and Juliet show, Jpegs are gradually turning the Web into a sinkhole of blurry, bad photography.

Because Jpegs are lossy, whenever you save or edit a digital photo in the format, a smidgen of the original quality is degraded. That’s why Google images is flooded with such crap.

But the phenomena is hard to pinpoint in photos because it happens so gradually, so the hactivist artist Tom Scott scanned the pages of Romeo and Juliet and transcribed them in a series of six books.

The first contains the Bard’s play in its original, uncompressed glory. Each preceding copy has the compression bumped up a notch, proceeding from the first book, which looks somewhat confused, like a thing E. E. Cummings would write, to an entirely illegible final volume, which would only be at home in a fictional library of Borges.