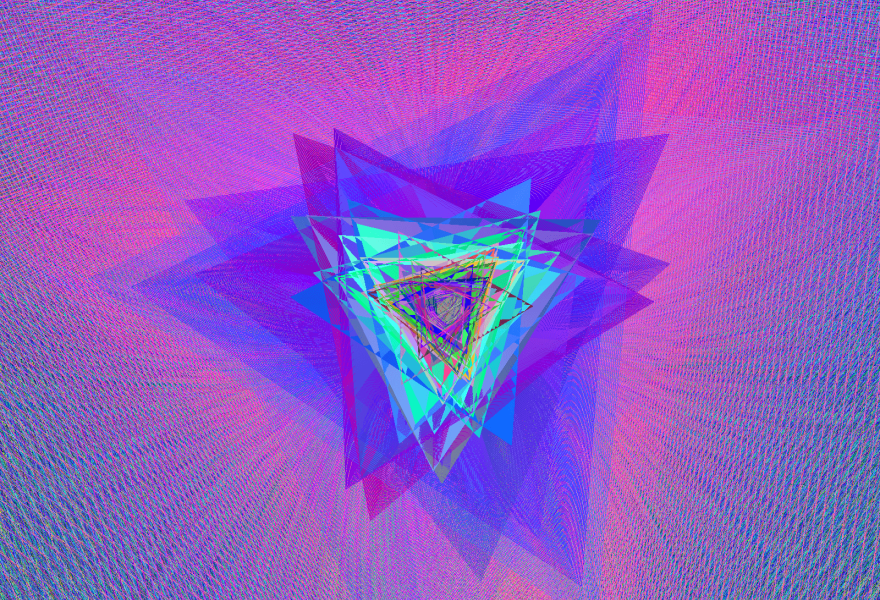 You don’t really see screensavers all that often anymore. I know that when my computer enters sleep mode, I just have it set to display a black screen. It’s the same thing for all my friends as well as most offices I’ve visited since turning 13-years-old. Maybe it’s a consequence of our modern habit of leaving our computers on at all times, since if your computer is constantly sitting asleep in the background, having it display a bright or showy screensaver is just distracting. Or maybe it’s because we don’t need screensavers to protect our displays from burn-in images anymore, so having one now is more of an affectation than a necessity. But in the ‘90s, they were everywhere. Brightly colored and tacky was the dress code for the decade, and I remember the classic flying toasters of my youth well.

I’m not the only one, it seems, as Kitty Calis and Jan Willem Nijman of Utrecht-based videogame gallery Broeikas recently took to itch.io to host a screensaver jam, the results of which are a real throwback to my 3rd grade computer lab. Submissions vary among looping animations, playable minigames, and even one particular feature-length entry, but a few common themes are scattered throughout. Pixel graphics are popular, as is simple CGI and abstract fractals, and many entries feature tacky neon colors. When scrolling through these, I feel like I’ve entered an episode of Full House.

Brightly colored and tacky was the dress code for the decade

But this is itch.io we’re talking about. There’s bound to be a few avant garde aspirants out there. In an attempt to update the screensaver for modern sensibilities, some entries have ditched looking like the Rugrats title card for a sleek, contemporary design of harsh blacks matched against stark whites, all set to angular imagery. One in particular looks like a Japanese Shinigami (death God) mask, which brings to mind well-off Americans hanging meaningful foreign art on their walls just to impress their friends at dinner parties. Yet another just straight up looks like The Witness. In stark contrast to the first camp of entries, these submissions shed some light on what screensavers might look like if we still used them today.

Like Geocities, the bombast of screensavers from the late ’80s and early ’90s were often indicative of just how much we still had to learn about user experience on computers. It reminds me when I was a middle-school girl, just absolutely destroying my face with makeup before I learned how to apply it with subtlety and grace in college. But that’s the beauty of these awkward growing phases- they show us at our most vulnerable. And even if you’ve put these things behind you, sometimes it’s relaxing to go back and look at your old Lisa Frank three-ring binders.

See all the entries to Screensaver Jam over on itch.io.