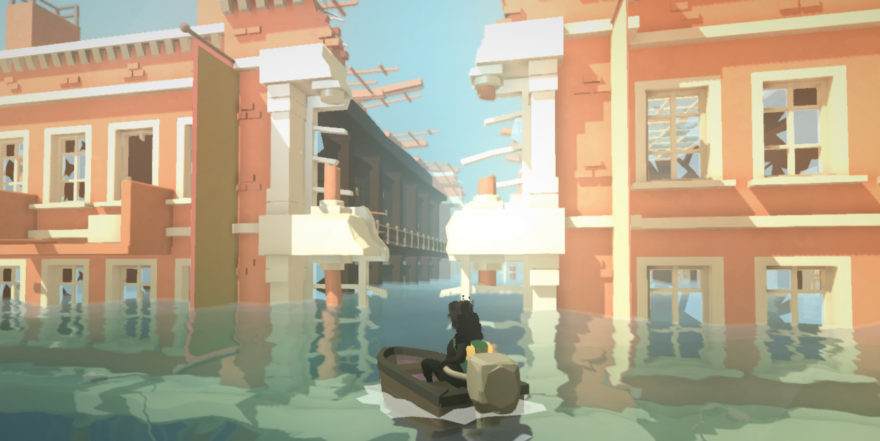 Sea of Solitude was one of the most intriguing and sublime game concepts that flashed across my eyes last year. It follows a girl called Kay who has been turned into a monster and is on a journey to find out how that happened. Most striking about it is the world it’s set in: a submerged city where gigantic fish and a talking crow-like creature lurk just out of sight, hiding in the cover of fog or the murkiness of the deep. It’s a game about loneliness skewed with a vision marked by both beauty and terror.

And now EA has gone and picked it up. But before you set off the alarm bells and start panicking about a huge publisher throwing its elbows around the confines of a small studio’s office, just chill a sec. Sea of Solitude will be the second independent game to be supported by the EA Originals program—the first being Fe—which is something the publisher was inspired to put together after working with the small studio that made Unravel. The idea isn’t for EA to leech off the studio as much as make sure they have the funding and resources they need to make the best possible version of their game, or so we’re told.

The results of EA Originals is yet to be seen which is cause to hold fire and hope for the best. Until Sea of Solitude is finished, we’ll have to place faith that the its creative lead at the Berlin-based Jo-Mei Games, Cornelia Geppert, is given the freedom she needs to create what she describes as “most artistic and personal project” she’s worked on yet.


The game’s tagline is “When humans get too lonely, they turn into monsters,” so you can have a guess as to what the personal angle of the game is here. If you need more of a hint, last year, Geppert said, “[Kay’s] biggest enemies are not the huge monsters that she meets on her way through the Sea of Solitude, but something way more dangerous.” As with the best monsters throughout the ages, it seems the ones in Sea of Solitude are representative of a terror inside of ourselves much greater than the external threats we may face.

Find out more about Sea of Solitude on its website.