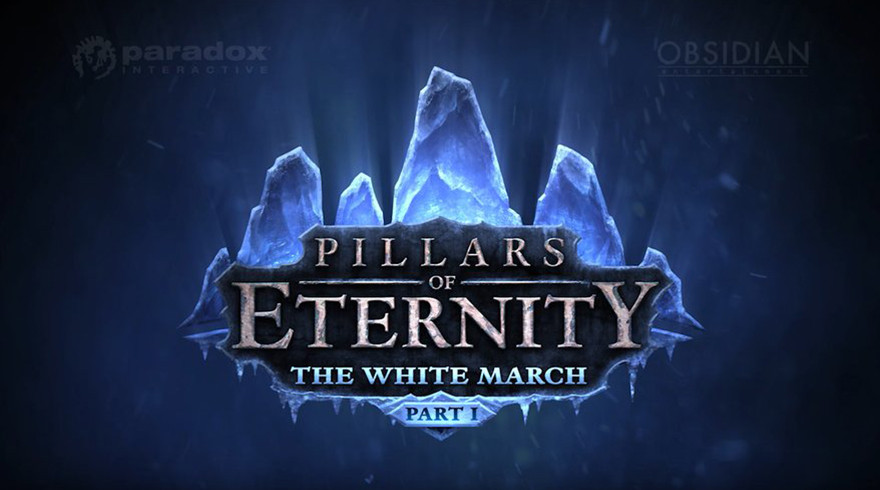 I’ve played many expansions, but The White March is the first that brought on an existential crisis. To get to the beginning of it I had to travel in reverse from the end of Pillars of Eternity back to the middle. (I loaded an old save, as the developers suggested.) Removed from the main track of my character’s life, I was sent back to explore some pocket of time previously and quite rightly ignored—time spent kicking fish around in squalid northern towns and bickering with dead dwarves.

Even under the circumstances, it was a disorienting start. There’s always some detective work to do when you return to a complex game: rifling through your own journal, inspecting old rings and jewelry to figure out what the hell you were up to. Soon enough you usually stop faking your way through the game and remember how to actually play it. But I never could shake those basic questions in The White March. What am I doing here? Where am I going? What happened to Eder’s hat?

Nothing troubled me more than the disappearance of Eder’s hat. Eder had stomped through all of Pillars on Hard as my party’s main tank, and to my memory he did so fully dressed. I even found an old screenshot that confirmed it. But at some point after I came back, I noticed Eder’s head was as bare and unbonused as the day he was born. Aloth, the party wizard, was missing his belt and boots. Had the passage of time worn these items down to nothing? Had they just winked out of existence, an event not unheard of in the fantastical world of Pillars of Eternity? Had I thrown them away myself for some unimaginable reason?

Nothing troubled me more than the disappearance of Eder’s hat.

All I could say for sure was that Eder needed a new hat. Stealing the player’s equipment is a classic opener—see Symphony of the Night, various Metroids, Assassin’s Creed, and so on—and the random loss of my property got my attention faster than the game’s slightly desperate invitation to explore the White March area. That came in a letter sent to the Steward at my character’s stronghold (DLC always seems to introduce itself through junk mail, pop-up scrolls, or suspicious items stuffed into your pockets) from a chilly northern village with a heap of fantasy-world problems.

It was nice to see the Steward, a talking statue, again: she was the kind of oddity that the original Pillars liked to introduce. She congratulated my character on clearing out the Endless Paths of Od Nua, a conversation I believe we had once before in its entirety back when the feat was actually accomplished. But it was hard to know whether my memory or the game’s was failing.

Most of the new adventure takes place in or around Stalwart Village, which must have been named for some hardier ancestors of its helpless inhabitants. They all have a story, or a request in the form of one: get rid of the ogres, clear out our dungeon, find my lost goods, and so on. Some tasks could be transplanted to Twin Elms or Defiance Bay without standing out from the original game’s weaker material, but they have less reason to exist. It’s more of the same, just colder and thinner.

A few moments feel so insubstantial they might as well not be there. Midway through the story, the Devil of Caroc (one of March’s new companions) tells the protagonist about her years-long search for a villainous woodcutter. My party walked into the woods, found the guy almost instantly, suffered through a few “psychic vision” dialogue boxes, then shot him to pieces. It was like someone forgot to write the middle of the story: we jumped straight from wordy preamble to perfunctory conclusion.

It’s more of the same, just colder and thinner

Like the old Steward, the narrative can also repeat itself at times. The centerpiece of the expansion is the Durgan’s Battery dungeon, where ghost dwarves mill around reliving an old panic about their magic forge. It feels a lot like the forge level of the Endless Paths, floor 7, where hovering masses of shades and blights guarded similar secrets. (They don’t move in formation like the squads of dwarf skeletons at Durgan’s, though, and that is a nice touch.) But back then your discoveries fit into linked narrative structures: they answered questions raised throughout the game about the nature of Engwithan science; they were the next chapter in the slowly revealed history of the Endless Paths; they prompted the final development in Kana’s personal story. Durgan’s Battery, by comparison, has only the whining of Stalwart’s mayor and the ominous rumbling of the narrator to give it context.

The expansion’s best stretch is a short one—almost more of a scene than an area—after you get inside Crägholdt Keep. The place pops up in the Dyrwood, rather than the new White Marches map, and it feels close to the original game in spirit. Inside the keep you find the old wizard Concelhaut and his household of quarreling apprentices, each trying to out-wizard and dick over the others in ways that are bound to entertain a neutral party. The only disappointment was that my character seemed insufficiently star-struck when finally meeting Concelhaut, who was sort of a big name in Pillars. Corrosive Siphons don’t just invent themselves, man.

Apart from that short burst of invention, there isn’t much reason to drag yourself through The White March. It tunes up the game’s AI and stealth systems, but those changes were also applied to the base game in patch 2.0. If you have a late-game party, it adds jobs you don’t want for money you don’t need, and its few useful items are nearly drowned in a flood of identical low-grade loot that flows directly into your party’s infinite stash-box to be forgotten. It’s an elegant process to watch: an endless stream of trash pouring into a bottomless garbage can.

I did finally find a helm for Eder down in Durgan’s Battery, piecing it together over a multi-part quest until all its stats were in order. Seemed to fit him. But he barely got a chance to wear it before the game ended and the narrator began teasing White March—Part 2. I hope it’s still there when I get back.