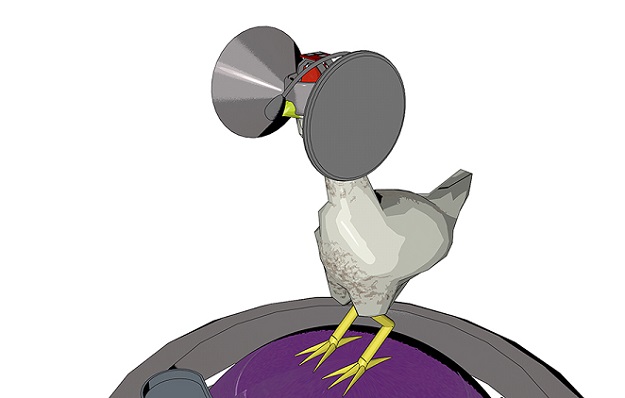 What problem doesn’t technology solve these days? You want a pizza instantly? You can print one. Not enough room for your chickens to roam and live a happy free-range life? Just strap Oculus Rift virtual reality headsets on them and make them think they’re running in an open field.

That is what Austin Stewart, an assistant professor from Iowa State University, is working on with a project called Second Livestock – the name is a spin on the 3D virtual world Second Life.

The setup: The chicken wears a chicken-sized headset that projects a virtual field, the chicken walks on an omni-directional treadmill that controls their virtual world to allow exploration. While no chicken has been used as a test subject yet, humans can try out the system using a yoga ball as the trackpad. 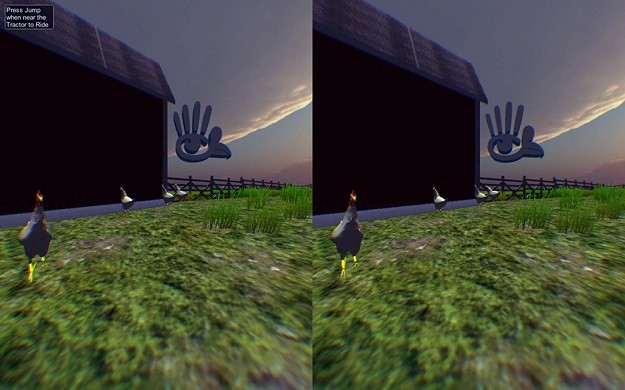 Now, before you run out in the streets and start yelling about the coming of the Matrix, Stewart has no intentions of starting this method in factory farms. The Second Livestock project isn’t so much about chickens, but rather raising questions on the relationship between virtual reality and humans.

After all, Second Livestock is modeled on human activities such as the layout of the common corporate office. A networked grid of cubicles with Internet access is not far removed from the enclosures we build for our chickens. However, our chickens likely get more exercise while on the job.

I think we need to carefully evaluate whether this direction is a good direction to go for our species. It’s not so much that [virtual reality] is lacking humanity as it’s creating these really safe environments where we’re not actually exposed to anything harmful, which I don’t think would actually be really good for us.

This post was originally written by Lin Qiu for PSFK.