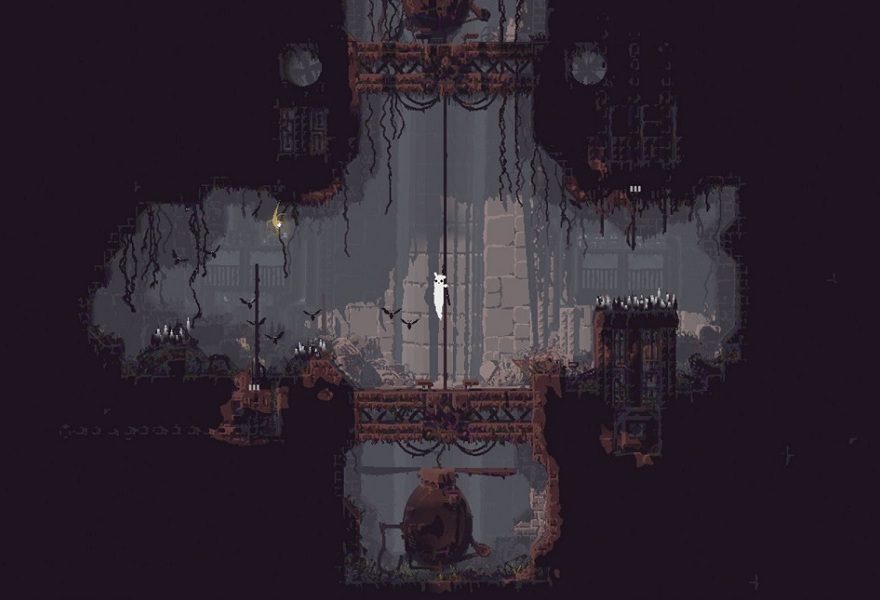 Unveiled over the weekend during PlayStation Experience, the new trailer for Rain World opens with a heavy, droning noise, and a single white slugcat, in a dark industrial world. First it states “you are alone.” Then, a moment before the cut, a question mark appears. “You are alone?” As the soundtrack blooms into a driving synth song, the world also opens up, revealing an elaborate ecosystem where the slugcat is both predator and prey.


Rain World was originally funded on Kickstarter in 2014, and was slated to come out later that year. But this new trailer shows just how far the game has come, and why it’s taken so long. What shines the most in the trailer is the movement, both of the little slugcat, and of the other creatures throughout the world.

The slugcat moves similarly to a weasel, darting back and forth in a way that is simultaneously fluid and erratic. When the slugcat finally gets some food it wolfs it down ravenously. The slugcat straddles the dichotomy between hunter and hunted, clearly a carnivore, but also small enough to be eaten by, well, most things. The movement of the world’s many large predators feels just as inspired by real-world creatures. Portents of death slither, swim, swoop, and lope heavily towards you with violent hunger. When the slugcat and a predator clash, it mimics a nature video, the movement unpredictable and frenzied.

But even among all this chaos, Rain World forces a somber silence with its weather. The rain comes down with a bone-crushing force, bullying this savage world into submission. No matter what is happening, you must get out of the way of the rain. 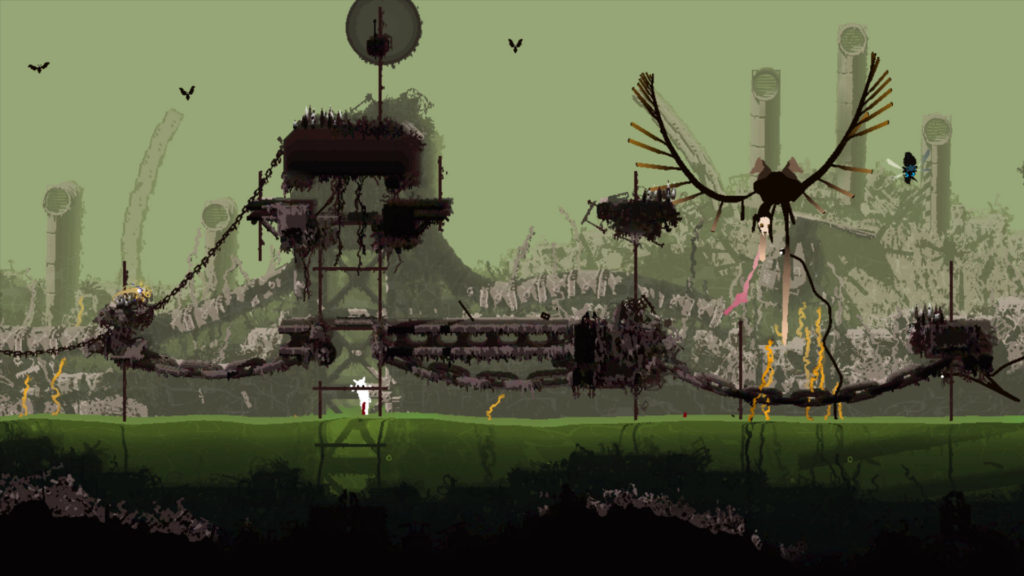 There are times when Rain World is earnestly soft, and allows you to soak up the wonder of this place. There are herbivore giants with antlers and gentle gaits who slowly look at you, then turn their eyes back to the path ahead. There are little glowing rodents that guide you forward with their light. There are rotting structures in the distance, beautiful in their decay. But the beauty is only a momentary break in the chaos, and danger is always only inches away. In Rain World, every beautiful moment might be your last.

Rain World is coming to PC and PlayStation 4 in 2017. Learn more about Rain World here.