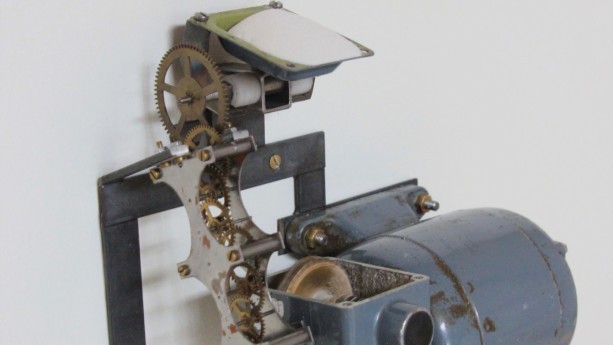 Artist Thijs Rijkers built two mechanical objects that will bring about their own individual destruction. Dubbed ‘suicide machines,’ one called ‘Saw’ is designed to slowly slice its own gearbox in half using a rusty cutting instrument. The other, called ‘Sand,’ will pour sand onto its gearbox until the part gives out.

Rijkers says he made these two in an attempt to “create empathy among humans without human traits.” You can watch the machines’ process below — although not their actual demise, as that part wasn’t actually filmed. Even so, these videos are still weirdly suspenseful:

This post was originally written by Sarah Boboltz for PSFK