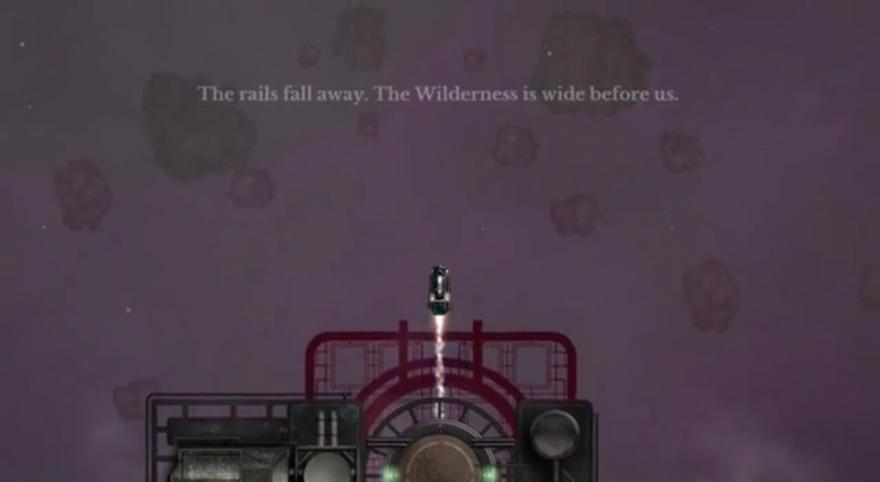 Less than four hours after its Kickstarter launch, the sequel to Failbetter Games’ dying-at-sea simulator Sunless Sea reached its funding goal of $126,635 (a simpler number, 100,000, in British pounds). Now, one day later, they’ve raised $215,942, achieving every stretch goal but the last. If things continue this way, Failbetter is going to need to come up with a few more.

The sequel to Sunless Sea takes players from the dim peril of a subterranean ocean to the final frontier; space! Instead of steering a steam ship through the black expanse, you’re the captain of the bastard child of a locomotive and a rocket. Once again, the game will revolve around exploration, with the promise of picking through Failbetter’s generously stocked, particularly dry vintage of world-building.

Despite the cosmic setting, Sunless Skies doesn’t seem eager to lose the series’ antique thematics. Sample characters include conductors and signalmen; your locomotive is armed not with plasma cannons but gatling guns. Spacesuits don’t seem to be a concern, since “Its plating protects you from the killing cold of the High Wilderness,” according to the Kickstarter page. Don’t worry though—I’m sure the world of Sunless Skies will find plenty of ways to kill you yet.