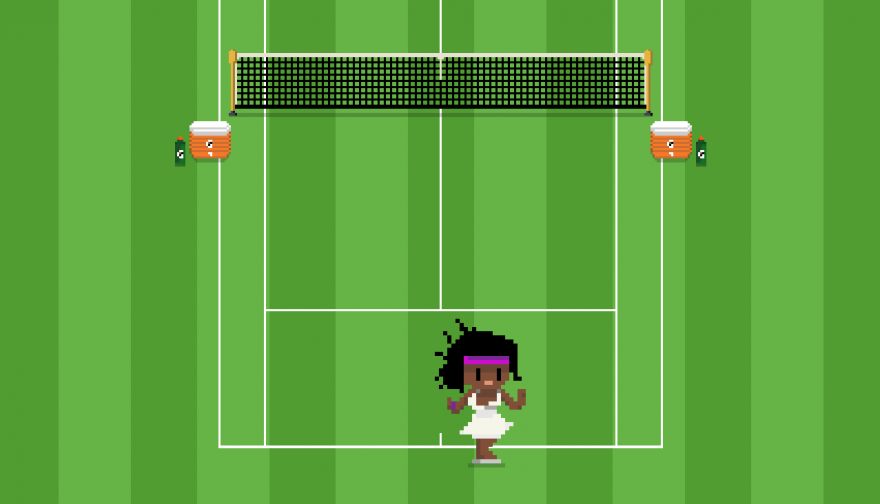 Williams won her first U.S. Open title in 1999 against Martina Hingis of Switzerland, when Williams was just 17. She’s just kind of kept winning since then. Serena Williams’ Match Point starts off with that title, getting the details down to Williams’s yellow dress and beaded hair. Snapchat actually recreated all of her outfits from each of her major matches—the most important of which is Williams’s 2014 black-and-white leopard print dress, which she wore in the U.S. Open against Caroline Wozniacki of Denmark.

She’s just kind of kept winning since then

Snapchat certainly isn’t Changing The Game with Serena Williams’ Match Point, but it is a neat little homage to one of the most distinguished women in sports. To play, players only have to tap the screen, but it’s more challenging than it looks. Timing matters, and if a player misses a swing three times, the game starts back at the last checkpoint. Snapchat recognizes that racking up Grand Slam titles is no easy feat, so there are checkpoints are various stages; losing a match at level 18, for instance, won’t start the game over at the first round.

Serena Williams’ Match Point is available on ESPN’s Snapchat Discover channel, though you’ll have to swipe through a few other stories to get to it. When you do hit it, swipe up to play. If Snapchat isn’t your thing, the game is accessible via browser as well.