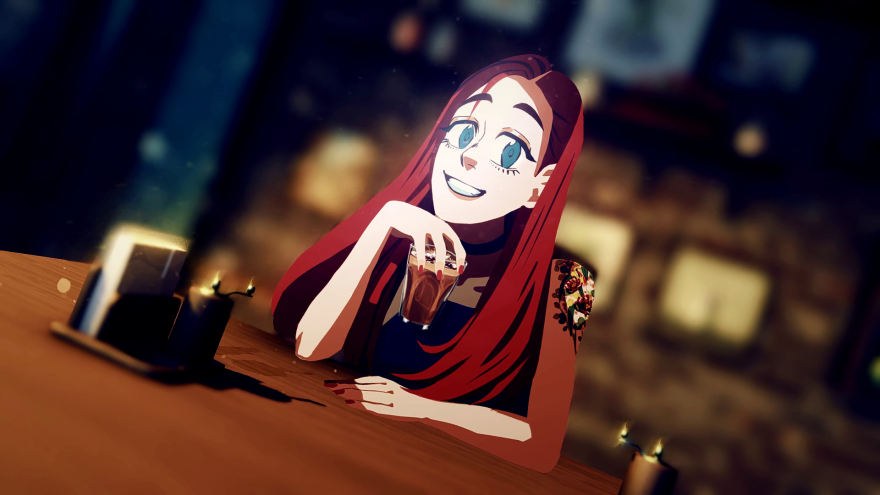 A long, long, long, long, long time ago (summer of last year), I was a barista. I was a barista for nearly three years, workin’ away at the same ol’ shop. Brewing tea, chatting with customers, and befriending regulars. When I played VA-11 Hall-A last year, a game that marketed itself as a “cyberpunk bartending action,” I felt the familiarity of working in the beverage-serving industry wash over me. In the upcoming Necrobarista, I imagine it might evoke a similar feeling.

Announced this month at Visual;Conference, the Route 59 Games-developed Necrobarista is a visual novel about a cafe in Melbourne, Australia and the dead patrons that awaken one night to visit. But Necrobarista isn’t a visual novel in the ways you’d expect. Instead of a typically 2D vision, the visual novel takes a cinematic, anime-inspired approach (complete with a Monogatari-esque head tilt), all while retaining the charm of choice-driven dialogue familiar to the genre.

You can watch the official announcement trailer for Necrobarista below. Necrobarista will be released in October 2017, and you can read the site for future updates.