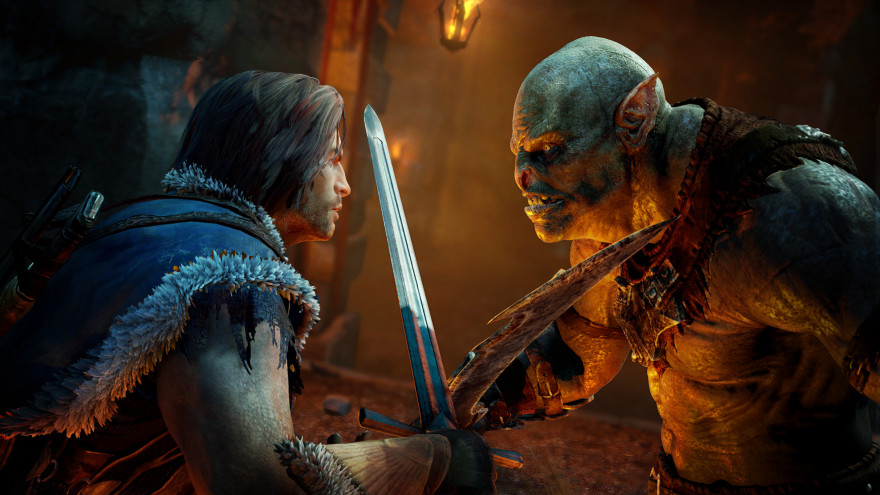 From my perch high above the evil fortress I wait and watch my prey. Nakra the Armorer and I have unfinished business. I remember before the game deigned to even give him a name. I remember when he spilled my blood upon the fields of the Fern Outskirts. To call Nakra’s rise to power “meteoric” belies the fact that I am entirely responsible for it. It was I who grew careless and allowed him to slay me. It was my vainglorious attempts to take his life which furthered his song. When that failed I sent one of my thralls, Pug the Unclean, to murder him. Pug failed.

And so now I sit on my perch and watch. Nakra is invulnerable to stealth and ranged attacks; he can fell wild beasts easily and resists their attacks. He strikes harder and faster than most others and he quite literally fears nothing. Today I will either slay Nakra the Armorer or bind him to my will through the wraith that is tenant in my body. If I fail, Nakra will further grow in power, perhaps beyond my ability to defeat him. If I succeed, I will have eliminated one of my greatest foes. 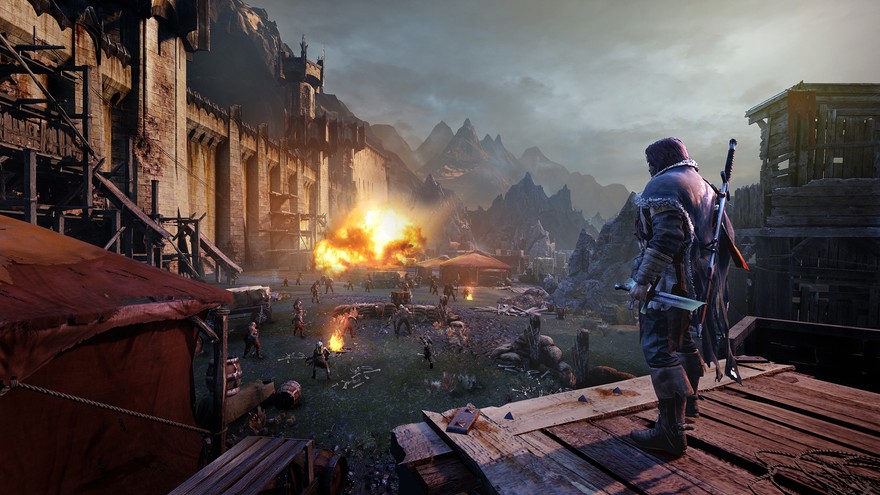 This is Shadow of Mordor, firing on all cylinders. In it, players can run around a countryside with a sword, decapitating orcs and occasionally stumbling into a little political intrigue. It’s the fact that I could never get my own hands dirty that always turned me off from something like Crusader Kings, but here, my hands are dripping with blood. To mix my fantasy references, protagonist Talion ends up equal parts Tyrion, Twyin, and Jaime Lannister. He can have devious schemes, plan fierce revenge, and then take the field himself to devastating effect.

But very few of the things that I love about Shadow of Mordor have anything to do with the fact that it is called “Shadow of Mordor.” There are two games in here, competing for attention. First, there is the Lord of the Rings interquel that supposedly begins “the night that Sauron came home to Mordor”—which, on the surface, sounds pretty cool. You embark on a journey of vengeance with ever-growing power, slaughtering some foes and binding them to your will. This act of possession is referred to by the game as “branding,” and it is through this branding that you slowly build an army of orc.

There are two games in here, competing for attention.

I said above that this sounds pretty cool, but do not be fooled: it is not. I have spent an inordinate amount of time reading, researching, and debating the Lord of the Rings lore but I absolutely cannot be bothered to care about Talion, the magical Wraith that resurrected him, or whatever aspect of Sauron I am supposed to be fighting. None of the characters seem to have any motivation beyond revenge or the accrual of power. None of the name drops add anything except to increase Talion’s power. Characters, such as Gollum, appear and disappear as needed. The revenge story is as thin like the morning mists that come with the autumn air, just one contrivance after another.

It’s too easy to become too strong along this bloodthirsty arc. Just at the point where you wish you had an attack to help you manage crowds, you are given one. Just when you need a way to traverse large distances quickly, you learn one. Becoming Superman in this world doesn’t make sense; hunting orcs, patiently and intelligently, does. The game is at its strongest when it remembers this. Old Nakra, who I stalked so diligently, rose to the title of “legendary,” but there were countless other orcs who did little beyond facilitate my growing strength.

However, along the way a second, more interesting way to play reveals itself. The designers did some “branding” of their own, calling this second experience the “Nemesis Engine,” and I came to think of this other game as one called Nemesis. Nemesis is where I also brand orcs, binding them to my will. This is the part where I have taken a control of an orc Captain, ordered him to murder a rival, aided him in his quest to be a feared and powerful orc, and then watched from on high as he murdered the Warchief that he was nominally bodyguarding. If I were capable of tears I might have shed one as a parent does when their child is handed their diploma. Your thralls can surprise you with their victories and their defeats. Unless given direct instruction they walk the same land and breath the same air. When you find yourself in the heat of battle and one happens to wander into the fight to your aid it’s not only surprising but outright uplifting. Serendipity does not occur often in art, but it does regularly in Shadow of Mordor.

Nemesis does not fully instruct you in how to be successful. Eventually, its delicate balance between control and murder becomes clear. I found that on my path to murder a particular captain I often encounter various others who I brand simply because I can. (Even I can tire of decapitations.) Sometimes it’s quicker to just bend someone to my will and leave them wandering, glow-eyed and mesmerized. Eventually, I’ve murdered enough captains that the nameless, faceless minions who have encountered me in the night are promoted to fill the vacancies. Eventually, I’ve branded enough minions that Nemesis promotes them all on its own. The armies are under my control, not because the game handed me the tools to kill them but because I slowly filled their ranks myself.

If you could peel away Gollum and Mordor and the New Line-LOTR skin liberally applied to Nemesis, you might be able to see the skeletal form of infinite possibility that it holds. A crime thriller where you exert influence upon street toughs and bravos in order to consolidate power and become a made man or a Vor. A revolution where infiltration, deception, and coercion are the primary tactics. A superhero game where the enemies are not only procedurally generated but are generated from the souls you could not save, the scarred, and the disenchanted. These theoretical games are why it can feel like Shadow of Mordor is not “a good Lord of the Rings game” but simply a good game. But the truth is that it is a good game in spite of the fact that it has bones that threaten to burst from the fantasy skin laid overtop; that it is yearning to mutate out of this Lord of the Rings form and into something truly revolutionary.