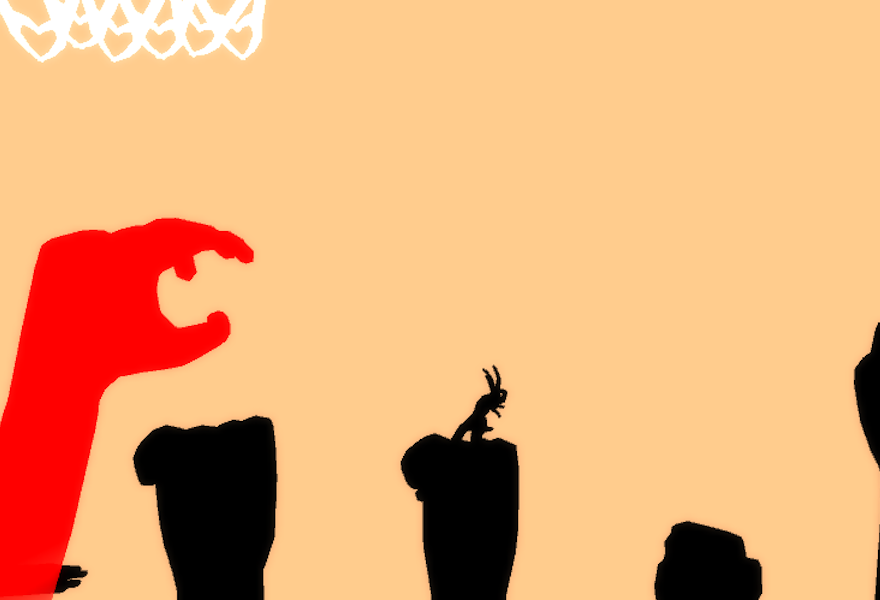 Created for the latest Ludum Dare game jam, the theme for which was “shapeshift,” Shadow of the Red Hand is a game made entirely out of shadow puppets. In it, the player’s hands take on the role of a rabbit, and must hop away from the evil “Red Hand of Doom” as it chases them through the ever-changing puppet show that they call home.

The result is more challenging than the cute children’s-slumber-party motif lets on, with platforms often moving in unpredictable ways due to the many different shapes a hand can take. “Will this one become a fist?” I asked myself while playing. “Will this one open its palm?” It reminded me of going in to fist bump someone before realizing that, no, the other person was actually trying to high-five all along.

“Hands are shapeshifting creatures,” explains Andrew Wang, the game’s creator. “The game only contains a single 3D model—a hand. But that model is animated and angled in different ways so that its shadows shape the entire world.” This allowed him to create “the illusion of platforms, birds, rabbits, crocodiles, and other creatures” while only using one universal model rather than creating a separate one for each new character. A clever choice for a game made over a weekend.

It’s worth pointing out that, with enough time, people, and patience, one could theoretically recreate Shadow of the Red Hand at home with no computer whatsoever. It makes for a charming reminder of the amazing things our bodies are capable of, as if to say “Woah, dude, look at my hand!” No, but seriously, look at your hand… it’s so strange.

You can play Shadow of the Red Hand over on its Ludum Dare page. To play other entries from this year’s Ludum Dare, visit its website. 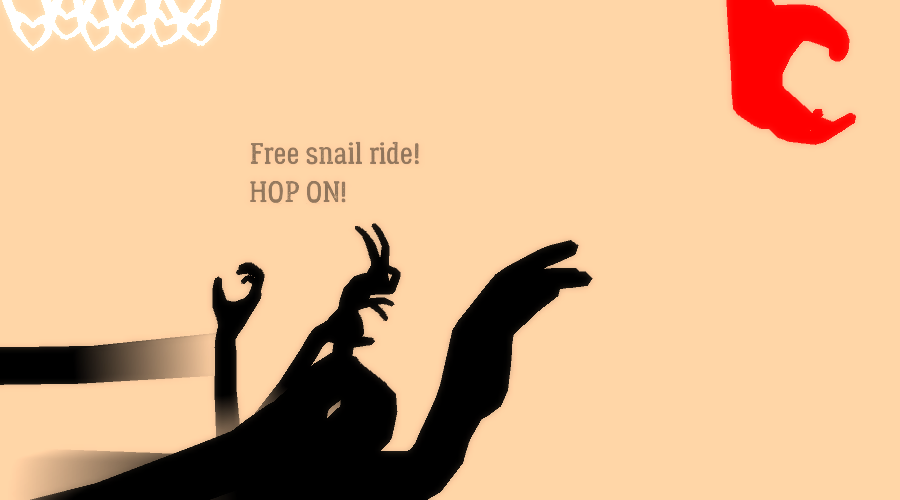