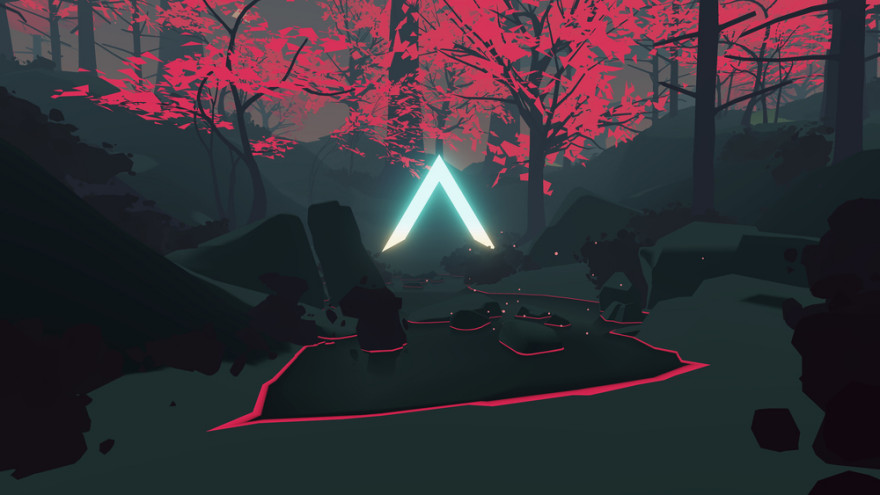 Shape of the World is pure joy. It’s a game about finding your place in the world as much as it is being lost in it—about learning how to be lost while still feeling like you belong. As you wander through its colorful biomes, life sprouts up all around you, in real time. Shrubbery bubbles up like foam from the earth, brittle trees snap upright along the path, rocks fall from the sky and take root in the ground as if they were there all along.

My short time with it at this past E3 left me yearning to see more of what its strange worlds had in store, and luckily for me (and you!), Shape of the World is one of the more gif-able games out there. Its creators take full advantage of the fact, too, and have posted some new and lovely clips from the game for Screenshot Saturday over on Twitter.

Among the new gifs is a look at some new animal life I’ve yet to see in the game myself: little scuttling jellyfish-like things that seem to launch into the air when frightened, and dancing serpents that emerge from the ground like garden eels. Some of the earliest videos of Shape of the World showed off hints of its inhabitants, which included little flocks of ghost-like creatures that I recall livening up the skies in my demo from E3.

Another gif shows huge spherical monuments toppling off a cliff and half burying themselves into the valley below, which offers a good look at the vast scale and dynamism of Shape of the World’s thriving locales.

See more Shape of the World on its website.