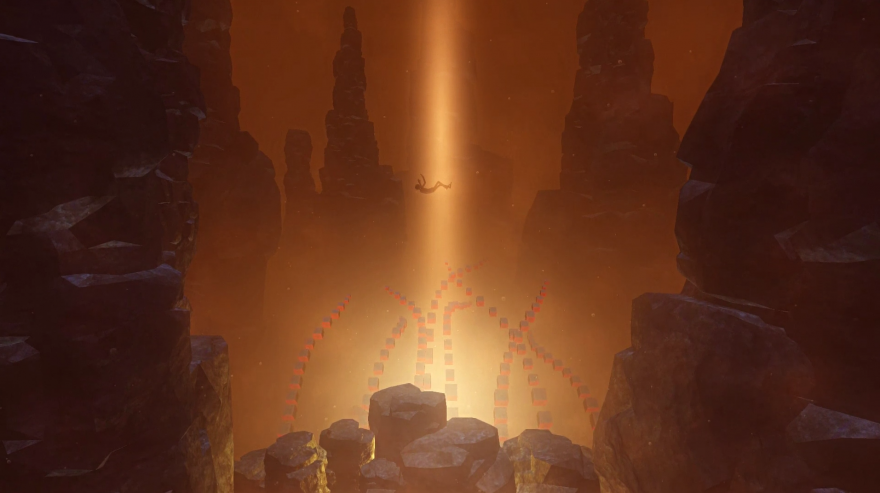 There’s a moment in the Strugatsky brothers’ Roadside Picnic when its protagonist, Redrick—overtaken by the side effects of time spent in a supernatural region called the Zone—suffers a sensory overload that renders smells into shapes and the air into vast monuments, spherical, triangular, and crystalline, enclosing him.

structures too colossal, too ancient, too impossible to understand

While it’s a harmless effect compared to the other ills characters experience (from cancer to melted bones), it’s one of the most disturbing. It’s less like the symptom of some sickness and more like the layers of Redrick’s reality getting stripped away, a momentary disclosure of some deeper truth, manifest in his vision’s alien geometries.

What I’m trying to say is weird shapes are scary, space is scary, mathematics and the idea of impossible spatial dimensions tucked away beneath the fabric of reality are all scary, and that’s why Euclidean—which describes itself as “a game of geometric horror”—will probably also be scary.

The narration of its trailer falls somewhere between scary movie camp and something Venetian Snares would sample; it isn’t bad, but it doesn’t lend much to the utter weirdness this game already has going for it. You seem to be somewhere either in the deep sea, or deep space, or maybe some freaky overlap between the two, trying to avoid huge sentient shapes and creatures made up of hard cubes and dislocated spheres. The last game I played that made me this frightened of large, open spaces filled with uncomfortably huge geometric oddities was Kairo, and I’m feeling some of those same vibes here: being surrounded by structures too colossal, too ancient, too impossible to understand.

Unlike Kairo, though, Euclidean is actually branding itself a horror game. It seems to have a touch of Lovecraft, too—the whole “going mad after finding yourself in an unknown dimension beyond the depths of space” type deal. Its Steam page also guarantees there are no zombies. Just… fragmented cube squids.