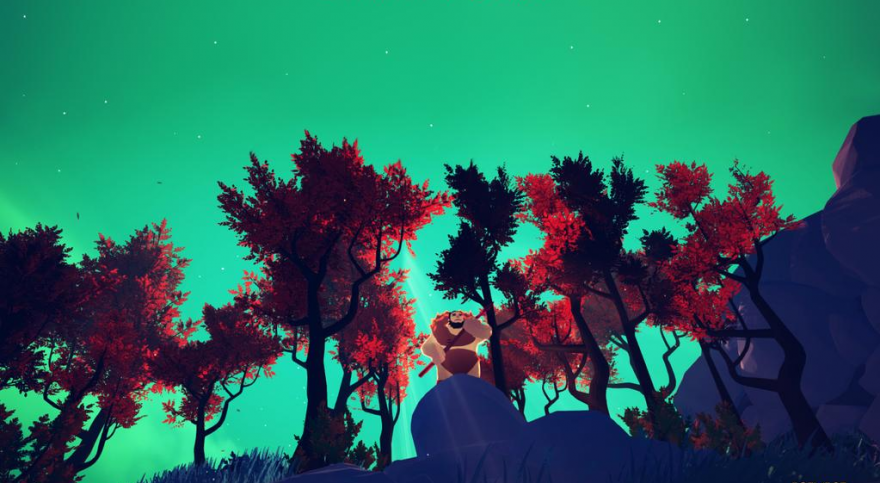 It’s hard for me to say no to new survival games, but only because I haven’t found the perfect one yet. The Long Dark, with its lovely low-poly snowscapes and focus on enduring the harsh wilderness rather than zombies or other creatures, is the closest I’ve come to a favorite. But now there’s a new contender: Sharp Flint, by the suitably named EATMEAT Games.

Sharp Flint is a paleolithic survival sim about hunting “titans of the ice age” like mammoths and megaloceros. Its earliest images from late last year depict a cold, colorless world with detailed, semi-realistic graphics, but it’s since transformed into something a lot more stylish.

Now, its color palette is deep and vibrant, putting bright red trees against a sea green sky in one image, casting everything in the warm glow of sunset in another, and its low-poly look exchanges the grit of earlier screenshots for something welcomingly cartoonish.

According to EATMEAT Games, Sharp Flint will let you craft tools, weapons, and pelts, but besides that, some screenshots, and a few Vines of its creatures and characters, we don’t know much else.

It’s still in pre-production, so if you want to learn more, you can sign up for its newsletter on the Sharp Flint website or check out the project on IndieDB.