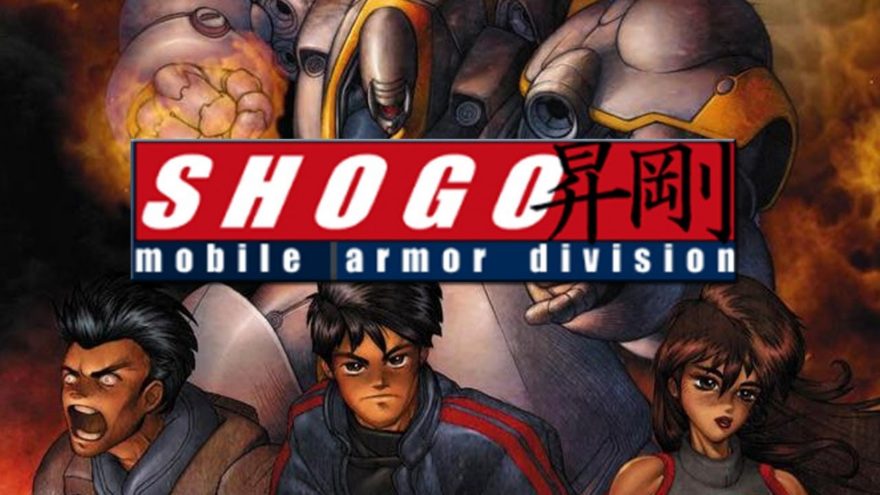 Whether in Gundam or Pacific Rim, everyone on Earth is pretty much guaranteed to have seen a mecha before. The image of a gifted teenager climbing into a building-sized robot is one of Japan’s most indelible contributions to pop culture, but few videogames have really captured that precise mecha mojo.

It’s not just about the robots; it’s about the pilots. Usually, they’re teenagers caught between life-or-death combat and having to go back to school. The robots, as in Neon Genesis Evangelion (1995-6), might not even be robots but creatures enslaved by an insane pseudoreligious apocalyptic cult. Or, as in Patlabor (1989), automated mechs replace construction workers. Or, as in Gurren Lagann (2007), just about anything can turn out to be a mech.

They’re also, in true mecha style, more exoskeletons than tanks. While the Shogo mechs don’t contain the kind of psychic link that defined Evangelion’s pilot-robot relationship, they are as agile and reactive as any human despite their size.

Shogo’s blend of Western videogame tropes with Japanese cultural fixtures is no longer as unique as it once was, not with Titanfall (2014) and Hawken (2012) pilfering the mecha genre, but what endures about the game is its commitment to everything around the robots. It’s not simply a game about hopping in a brown military machine to blow some shit up; its affection for the genre extends to the idiosyncrasies, all the convoluted plots, angsty dialogue, and bursting clouds of missiles that make mecha anime what it is.

Sponsored by Lenovo. Speed and precision in your hands. Lenovo Ideapad Y700.