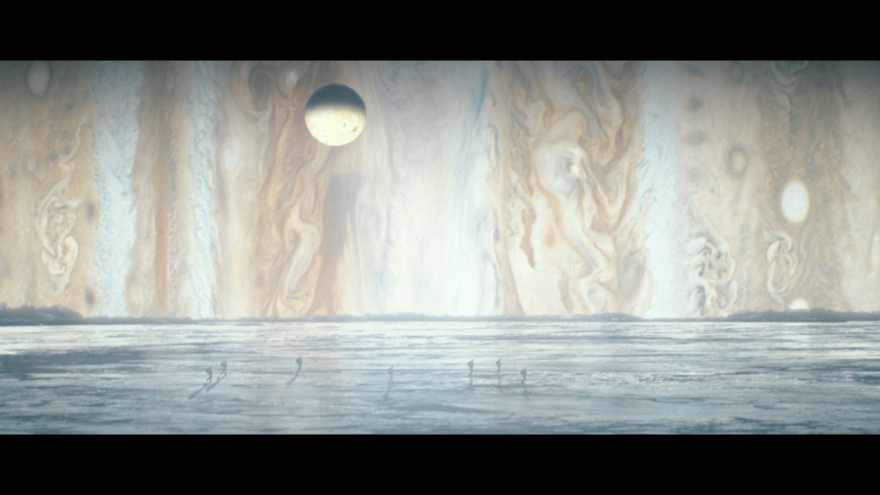 Alfonso Cuaron’s Gravity was many things, but it wasn’t much of an advertisement for space. And Christopher Nolan’s Interstellar was more space-as-big-road, a thing to cross over, a particularly perilous means of travel rather than a destination.

Space is horrifying, of course, infinite and lethal and uncharted. But it’s also breathtakingly beautiful and awe-inspiring. Erik Wernquist’s short film Wanderers is a celebration of the universe in all its kaleidoscopic glory. It’s a series of shots that depict sights straight out of a hard sf fan’s dreams, like the filigreed skyboxes of Destiny given center stage. Here’s the catch: it’s all based in scientific projections of a spacefaring humanity, and all the locations are recreations of actual places in our solar system.

Wernquist admits that it’s “speculative,” but rigorously fact-checking the vivid imagery would miss the point by a mile. Unless I’m woefully underestimating NASA’s progress since 1969, any depiction of humanity in space is by definition speculative.

A feature-length version of the film would undoubtedly focus on the humans over their surroundings, but Wanderers‘ short form is ideal for foregrounding settings and ideas that no one, unfortunately, would greenlight for a full feature. It impresses by virtue of its brevity; each shot is carefully composed and choreographed, offering a panoply of extraterrestrial goodness.

What sticks about Wanderers is its optimism, starting with the Carl Sagan voiceover. Space isn’t a panic room to flee to once the crops run out, or an obstacle course to be navigated on your way back to terrestrial safety. It is the next frontier of human existence, an endeavor that will require the best of humanity—our empathy, our resilience, our daring—to undertake. Lest that sound scary, I have a question for you.

Would you really rather be stuck on Earth?

Wernquist has provided extensive annotations to each scene here.