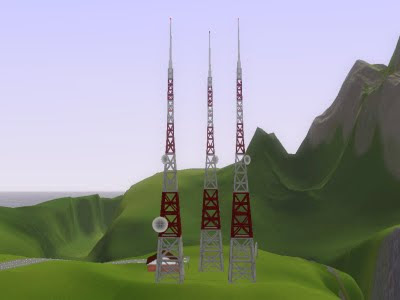 LucasArts Creative Director Clint Hocking thinks not. In a new blog post he calls this baggage from the “floundering cultural models” of the “author-centric broadcast culture” that defines high art, from paintings to novels to film and television. Games, on the other hand, are part of an “actor-centric dynamic culture” that includes things like sports, debate, and improv music and theater.

In games, Hocking says, the people we should idolize aren’t the authors but the actors, ourselves, the ones enacting beauty from within the space of the game. Up until now, culture has been about “people who disseminate their beautiful notations for other people to follow,” whereas the new paradigm Hocking foresees, and likens to “killing God,” will be dominated by “people who beautifully figure out the following step while taking the current one.”

First, I think it’s fair because when I take stock of the most beautiful things in the games I have worked on; a cold-blooded execution of an Andre Hippolyte; an amateur guard blasted down an elevator shaft; a wounded mercenary immolated in grassy field, I have to admit that I am not the person who created those things. They are beautiful, arresting, heartfelt and profound statements about what we are and what we can be, and being witness to them has enriched my life. I am immeasurably proud to have chalked the lines on the fields where those beautiful events unfolded, but I didn’t make them.

I read an almost masochistic self-denial in this metaphor, which accounts for how-of course-everything may ultimately, if indirectly, traced back to a creator through lines of code, but willfully disavows any sense of intent or understanding. A critique of Genius isn’t exactly new, but what is novel and exciting about this is how it can be tied to a specific medium and practice that already captivates mass audiences.

Hocking’s portrayal of the player’s beautiful steps ironically reminds me of artists, writers and composers playing the modernism game in the 20th century-both groups uncovering beauty inside a larger systematic exchange. But that’s art making, not the creation of meaning per se. Where Hocking likens the primacy of the author to a one-way broadcast, I see a convenient polemic reduction: a meaningful experience of a painting, novel, or film is always a shared experience, one that exists somewhere between author and audience, and creates a spark of self-recognition; it always comes back to the reader, who rather than kneeling before the artist in submission, makes the work part of herself. It’s nothing like a real broadcast, which is a package of hard data, like some new DLC.

The manifesto of sorts also reminds me of how the explosion of rave culture was received in the 90s. Here was a space where we’d turn our backs to rock icons, dancing our own story inside possibility spaces framed-nothing more-by a nameless DJ. But nowadays I see everyone turning toward the DJ booth anyway.