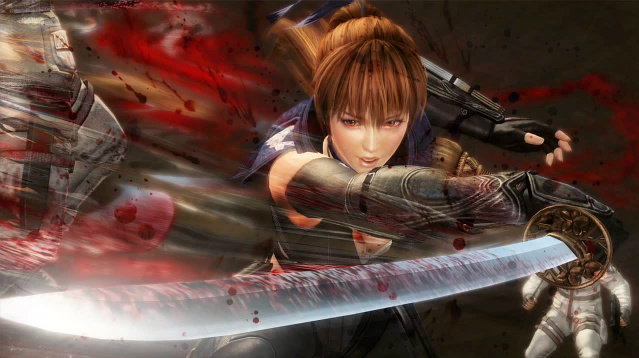 Ninja Gaiden 3: Razor’s Edge released for Wii U this past November and just arrived in Europe earlier this month. This revamp of the Xbox 360/PS3 game refurbishes a number of that version’s faults—namely, a treacherous level of challenge—but also balances this difficulty with newly-implemented touch screen controls. The Wii U GamePad now allows for insanely long combos to be delivered in a single touch.

The feature got me thinking about the nature of cheating in games. Hear me out, breaking the rules is essential to games’ continued growth.

You can’t skip through the Easy Version of Lars von Trier’s Antichrist. There are Cliff’s Notes for King Lear, but that’s a third-party’s interpretation, not a viable option given to you by Bill Shakespeare himself. There are dense, linguistically-difficult books, and long esoteric films, and confusing, atonal music. But at the most basic level it’s easy enough to read/watch/listen long enough to grasp, if not absorb, the content.

Games are intrinsically locked away. Our old contributor Drew Millard questioned the need to finish entire games, likening the effort to gorging on junk food. New methods of control are opening up these experiences to bigger and newer audiences every day. Whether a struggle to proceed is a necessary component of games or not is an idea worth discussing, and one developers will continue to explore.

Games are intrinsically locked away.

With games’ expanding audience having more and more options, and the barriers of entry falling drastically in cost, is there a market in further decreasing the obstacles to game-completion? Tom Bissell, in the introduction to his book Extra Lives, explains the problem of game criticism, and in doing so highlights the larger problem of sheer gaming consumption:

If I am reviewing a book, I go back and look at my margin notes. An album, I set aside an hour and listen to it again. A film, I buy another ticket. If I am playing a game that takes dozens of hours to complete, […] much of it is accessible only by playing it through again, the game itself structurally obligated to fight me every inch of the way.

It seems counter-intuitive to block large swaths of a potential audience from your game due to a high level of challenge. But I also realize the overcoming of that challenge is where much of a game’s value stems from; you feel good for having fought, so long and valiently, and finally emerging victorious.

One of my favorite games is Ghouls & Ghosts, a famously-hard arcade game from Capcom. If the challenge was “dumbed-down” to allow for anyone to play it, the experience would likely suffer. But this exclusivity is likely what hindered the growth gaming’s audience for decades before the recent boom brought on by the more inclusive Wii and ubiquitous iOS/Android platforms.

Ninja Gaiden has always been a hard, hard game, its fans whittled down to the dexterous, masochistic few. The Wii U edition and its touch-screen combos open up the game (and its arguable merits) to a larger crowd. For games to continue their acceptance into the larger culture, their barriers must remain somewhat permeable, without breaking them down entirely to the point of a lesser, weakened experience.