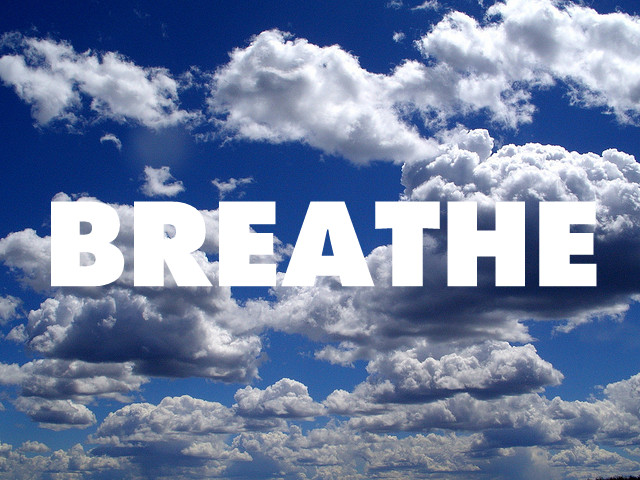 The first time I remember seeing a “take a break” message in a game was for Wii Sports. After a set duration of time, a screen popped up between rounds. “Why not take a break?” it said. “You can pause the game by pressing +.” The accompanying image is a stylized freeze-frame of passive aggression: A Wii Remote sits on a table, unheld, the wrist-strap dangling loose. Tranquil blue sky beckons from an open window. Curtains blow in the breeze.

As a reminder that there’s a great big world waiting to be explored beyond your living room, you could do worse. But should we be reminded at all?

Should more games ask us what else we could be doing?

A recent study by the Pew Research Center found that 61% of Facebook users had voluntarily taken a break from the service. Most return, with 91% of those polled saying they maintain a profile on the site. Playing videogames is different from being active on a social networking site, but both require time in front of a screen, often sedentary, often by yourself. Stephan Marche, writing for The Atlantic about the effect of Facebook on happiness, points to a moment in The Social Network that best captures this hold such technologies have on us:

The film’s most indelible scene… was the final, silent shot of an anomic Zuckerberg sending out a friend request to his ex-girlfriend, then waiting and clicking and waiting and clicking—a moment of superconnected loneliness preserved in amber. We have all been in that scene: transfixed by the glare of a screen, hungering for response.

The Friend Request could just as easily be switched with gathering loot in Diablo, or making your two-hundreth consecutive run in Super Meat Boy, or logging your two hundredth hour in Skyrim. None of this is a problem on its own. But I know I’ve felt the pull of escaping into my amusements rather than wanting to face the world. And games, an endless cycle of challenge and reward, of wrongdoers and rabbit holes, provide a willing accomplice. Should more of them ask us what else we could be doing?

Loneliness is certainly not something that Facebook or Twitter or any of the lesser forms of social media is doing to us. We are doing it to ourselves. Casting technology as some vague, impersonal spirit of history forcing our actions is a weak excuse. We make decisions about how we use our machines, not the other way around.

But what if our machines begged the question? Nintendo has learned to pull back on the accusatory tone with more recent editions of their break message. Super Mario 3D Land offers this gentle reminder: “Don’t forget to take a break before you feel tired.” The wording is key. This is something you were going to do anyway, it implies. So remember to do it. The message feels more personal than the anonymous Wii Sports directive; a pixelated Peach stands in the corner of the screen, the ostensible messenger. The outdoors iconography remains in place, with poofy 8-bit clouds floating above.

Tranquil blue sky beckons from an open window. Curtains blow in the breeze.

Some companies worry less about isolation and more about physical injury. When Microsoft joined the motion control fray, they added their own warnings. Play an Xbox 360 game using the Kinect 3D camera and eventually a message pops up in the corner of the screen, in the exact way one does after unlocking an achievement: “Feeling tired or sore? Take a break.”

In an industry with an increasing volume of dissent against violence, sexist depictions of women, and allegations of racism, few have balked over these immersion-breaking notes. But they offer important clues as to how we play, and the extreme measures taken to keep playing. They remind us that nothing is worth losing everything over. In fact, one could see them as a rare instance of game designers (or company lawyers fearing lawsuit) extending an olive branch to the same people they pull in to their addictive worlds. There’s more than just this. Enjoy our games, but do so in moderation.

Whether this stems from confidence, goodwill, or as a preemptive strike against angry parents, it’s hard to say. But as we’re chained to more devices monthly, with our time squeezed ever harder by growing responsibilities, a digital din shouting at us from all angles, I take a kind of solace in knowing that, if ever I get lost in front of this screen, elsewhere a window is open. The breeze feels cool and inviting.