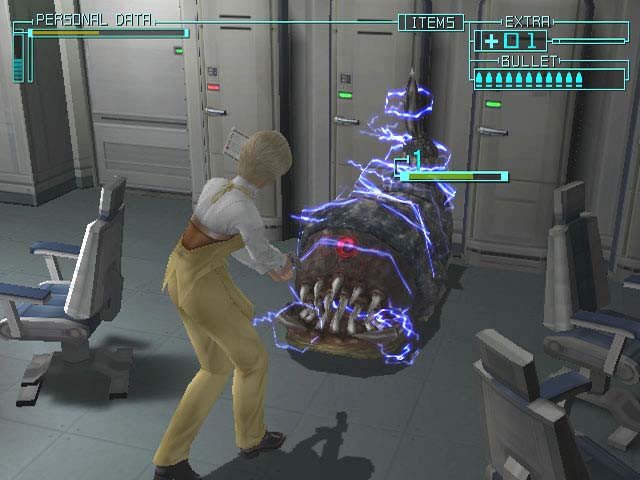 Ten years ago, before Japanese developers fully devoted themselves to cross-breeding franchises and creating IP Mega Evolutions, SCEI released the most ambitious voice-controlled game of all time. Most vocal games today aim somewhere lower than Seaman, giving you pets to talk to or serving up voice commands on the side, á la Binary Domain or EndWar. But while the current voice craze is half-assed, 2004’s Lifeline was the real deal: an actual survival horror game that you could play only by talking into a mic, walking the protagonist Rio through a space station overrun with monsters on December 24, 2029. Christmas Eve!

Lifeline was on to something. Players are used to running down corridors and listening to a voice on the radio, but things gets weird when you are the voice on the radio (Japanese title: Operator’s Side.) The game isn’t some FMV that occasionally asks for your input: you need to talk to Rio constantly, enunciating every step of every action like you’re dictating a bug report. You’re ostensibly a guy sending her advice from a sealed-off security room, but it feels more like you’re filling in for some missing part of her brain, the part that should be telling her when to jump or pull a trigger.

The result feels like a game-length version of The Matrix where Morpheus never gets off the phone with Neo, and instead keeps telling him when to move and which doors to open and which guys to shoot for hours on end. You even tell Rio which parts of things to shoot during the game’s surprisingly frequent firefights. “Shoot tongue! Shoot left mandible! Reload! Autofire!” And so on. 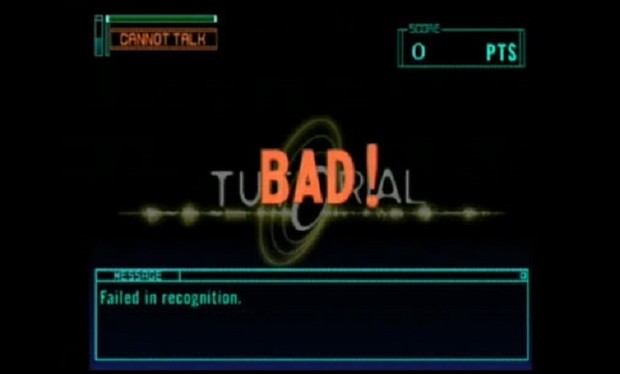 If the voice recognition in Lifeline had been perfect, it might be remembered as a Resident Evil clone with an innovative gimmick. But the voice controls are nowhere near perfect, and that makes Lifeline one of the best party games of all time. Rio regularly misinterprets even clearly enunciated, standard American English. (If you’ve got a Scottish accent or something, forget about Lifeline.) Each new object is a guessing game, because Rio, like the Xbox One, needs to hear the exact name of everything before she deigns to open it. “Check blue dresser. Blue dressing table. Blue vanity. Blue drawers. Blue side table.” The designers delight in humiliation, forcing the player to harmonize with Rio to speak the two-part password that opens a honeymoon suite (it is: “even the very shadow you cast in sunlight, I want to monopolize”). Like an old-school adventure protagonist, she responds to countless asinine suggestions (“Pillow fight with Allen?! That’s stupid.”) Lifeline was not meant to be played sober or alone.

The fact that Lifeline is set on Christmas Eve puts it in an elite company of outsider holiday games, alongside Snatcher, Parasite Eve, and Shenmue. But it’s by far the best of them to play with an audience. It was ahead of its time, and it still feels ahead of ours. Maybe we’ll catch up by 2029.