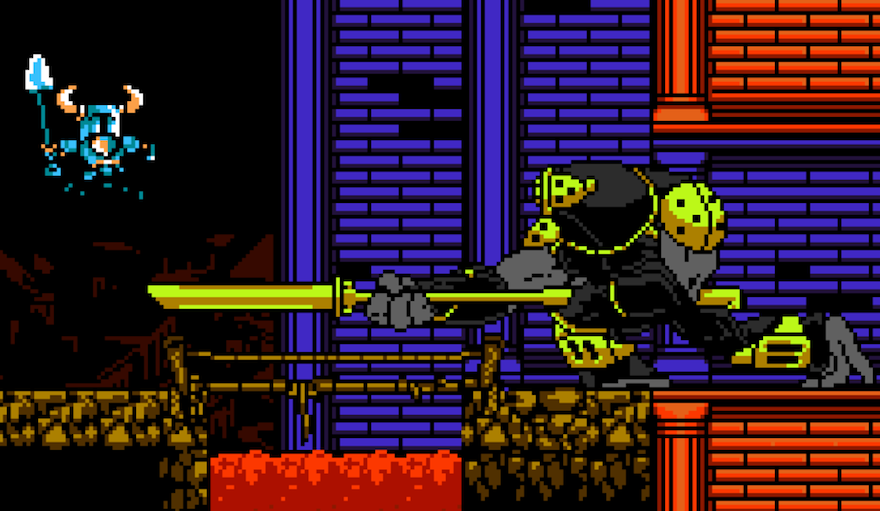 The discourse around Shovel Knight, the chivalrous and retrofitted platformer released earlier in the week for Wii U, 3DS, and Steam, is that it’s a NES game developed a few decades after the fact—very reminiscent of blasting renegade robots with Mega Man or pogo-hopping on a cane with Scrooge McDuck.

But in a really fun postmortem on the game at Gamasutra, David D’Angelo of the dev team explains that this is not merely a rehash of the old. The design is result of a thoroughly investigated vision of how games for the classic NES would look today if its predecessor, the Super NES, had not come to be.

It’s like a time capsule from an alternate history where we all just went on playing NES games perpetually.

D’Angelo explains that, because of chip advancements, the NES would have gradually overcome limitations, going into great detail about sprite flickering (which happened when too many bad guys were on the screen), parallax scrolling (when background layers of scenery move at different speeds), and expanded color palettes (which makes your knight look shiny). The research that went into this is truly inspiring.

It’s a fairly technical read, which isn’t necessarily our thing, but if you love the NES, or are excited about Shovel Knight (and you should be), it’s worth your clicks.