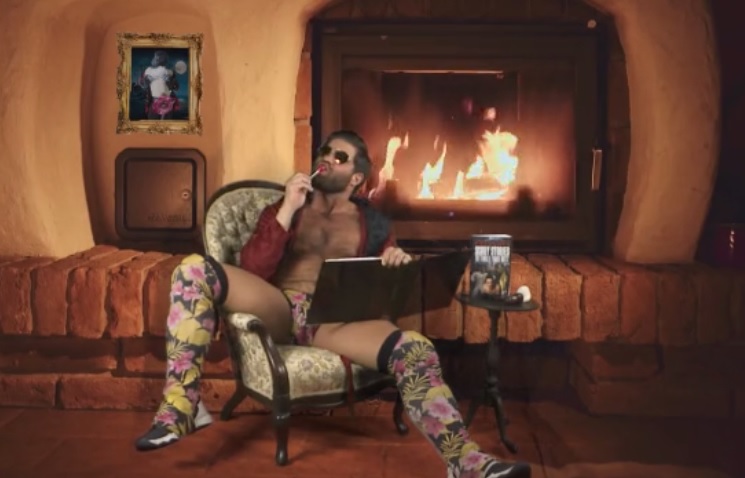 The Chuck Tingle adventure game is now looking to be “Kickstarted in the Butt.” If you’re not familiar with Chuck Tingle this will all come as quite a shock. He is perhaps the internet’s best supplier of smut, writing short erotica with titles like “My Ass Is Haunted By The Gay Unicorn Colonel” and “Pounded In The Butt By My Own Butt.” I promise you this is real (and I can also promise you that it is glorious).

Earlier this year, game maker Zoe Quinn hit up Chuck Tingle over Twitter, asking if he’d like to make a game with her. Under an hour later, he was shooting off game ideas at her left, right, and center, all of them utterly ludicrous and filled with many butt-pounding possibilities. That’s pretty much the story of how the Chuck Tingle adventure game came to be.

“Project Tingler,” as it’s currently codenamed, is looking to bring the campy, animal-headed gay love stories of Tingle’s books to videogames. And what better way to do that than combining FMV and dating sims: the two formats in the medium that are most associated with cheesy, low-rent erotica. As seen in a previous Vice documentary, shot during the game’s early production, it’ll feature a Unicorn Butt Cop that wields a dildo like a truncheon, and something called a Vampire Night Bus. There’s also a man-gorilla who, it seems, you will play as, in search of your “cute son” Jon. In doing so, you’ll apparently be sucked further and further into the Tingleverse, where I imagine a whole menageries of people-creatures scream out in ecstasy as their butts are pounded.

I’m probably overselling the amount of butt-pounding that’ll actually happen in the game at this point. Despite the overt sexuality of the game and its source material, the creators insist that it is actually about “positive sexuality, self-acceptance, love and personal growth.” Given that it features real actors, and is not intended to be pornographic, you should probably only expect the game to pound your imagination, then.

There will be seduction mini-games, however, it seems they will only involve some kissing as you try to “prove love is real” to the loveless characters you meet. And if you feel you can’t even handle that much action then any sexual situations can be covered up with the game’s Kitten Mode, which as you’d expect, lets you watch some kittens frolic instead. Every game should have a Kitten Mode.

The Kickstarter that launched yesterday is intended to fund the rest of the game’s production—filming it, coding it, and releasing it. So far, the team has spent time experimenting with the tech and shooting process to get it all where it needs to be, and have prototyped a level that meets their standards. Using this is a keystone, they hope putting together the rest of the game won’t be a hassle. When the game is finished, it will be released using a “pay-what-you-can” model, meaning that it’s free to everyone but you can put some money upfront if you’d like to. It should arrive in 2017.

Find out more about Project Tingler and support it over on Kickstarter.