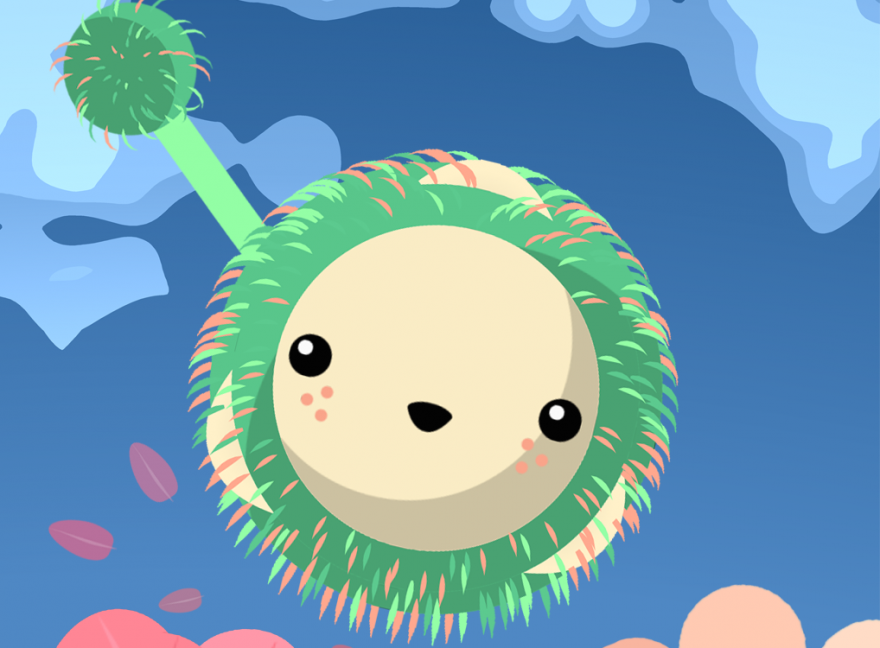 Videogames rarely ask us to do much creating in the purest sense. Developers build strange worlds for us to play in, but our actions are often partially rooted in violence. In Dark Souls II, we build a character from scratch to kill terrible beasts with; in the playground of Minecraft, we construct fortresses to defend ourselves from what crawls out of the shadows at night. And Katamari Damacy has us birthing new stars by crushing whole cities and screaming, shrieking people.

It’s hard to find a videogame where destruction is a natural, healthy phenomenon—where we’re not either scared and helpless, running from someone else’s wrath, or venting our own anger and proving the might of our brawn. Shu’s Garden, an educational and environmentally friendly mobile game from designers Colin Sanders and Jason RT Bond, plants a different seed of possibility in our minds.

As a cheerful alien named Shu—more like a rolling, bouncing ball of cuteness with a long tail—players have no implicit goals other than to fertilize a barren planet any way they please. You tilt your mobile device to cruise along, nurturing the soil you touch, and hold your finger on the screen to shrink down and rocket upward into the air or through water. That’s useful for reaching budding blossoms in swaying trees, which you turn into new plants by carrying them on your back and shaking them onto a bare, open spot on the ground. 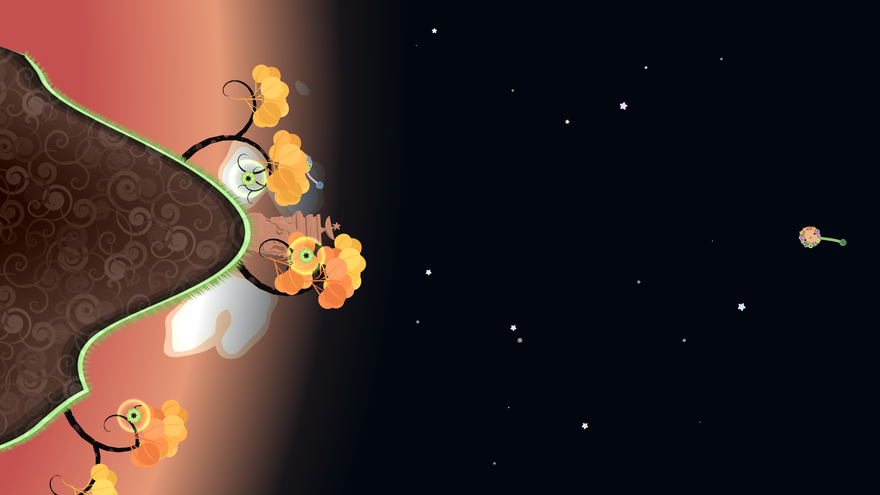 The joy of Shu’s Garden comes from literally watching the days go by—within mere minutes—and observing as the ecosystem you fostered evolves and grows. Day fades into night, and sometimes clouds pop into the capriciously colored sky. Giraffes munch on leaves from trees and make delightful, surprised sounds when you bump into them, flipping them over like plastic toys. They change on a whim, too, to shades of purple or orange. Turtles swim about in small ponds, immune to your happy chaos except for when you or your alien friend—an impossibly more energetic copy of you—propels them out of the water and into the air for no reason but sheer fun.

The giraffes and turtles don’t seem to mind. They’re docile, along for the ride. They don’t fret, either, when a comet crashes to earth, shaking the screen, or unpredictable cosmic events cause you to grow large or small or bob along at incredible speeds.

You create for the wonder of creating—but what follows is the natural step of destruction. You can hold Shu’s face down in the left corner of the screen to suck in any plants, removing them from your garden. They may be unwanted; perhaps you don’t like how they look (one unpleasant plant reminds me uncomfortably of a fly’s wings). But whatever your reason for swallowing them up, you’re only pruning—keeping the planet healthy by adding nutrients back to the soil. You’ll plant the seeds somewhere new, grow even more amazing life.

This garden needs you, but it won’t pester you.

Shu’s Garden is meant to relax you. Losing yourself in the routine is easy as you tumble endlessly around the round surface of the planet, never resting with the days that pass. Trees grow higher. Flowers blossom. Giraffes keep on munching. The fifteen minutes you put in here and there is time better spent than you would in an ordinary mobile game, where pop-up notifications remind you how needy your villagers or town is, that you’ve earned so much money or resources, and it’s time to cash in. This garden needs you, but it won’t pester you. It nudges quietly, voicelessly, as colors fade and leaves wilt.

It feels good. Shu’s Garden is made with kids in mind, that much is obvious—there’s a note to parents at the beginning of the game: no in-app purchases or ads to be found here. As good as it feels to play, adults will likely retire working on their gardens much more quickly than children will.

That’s a shame. Our minds have lost that thrill of imagination. Where we see barren, endlessly thirsty soil, children find a wonderland. Maybe it would do us a little good to take the time to watch our gardens grow.