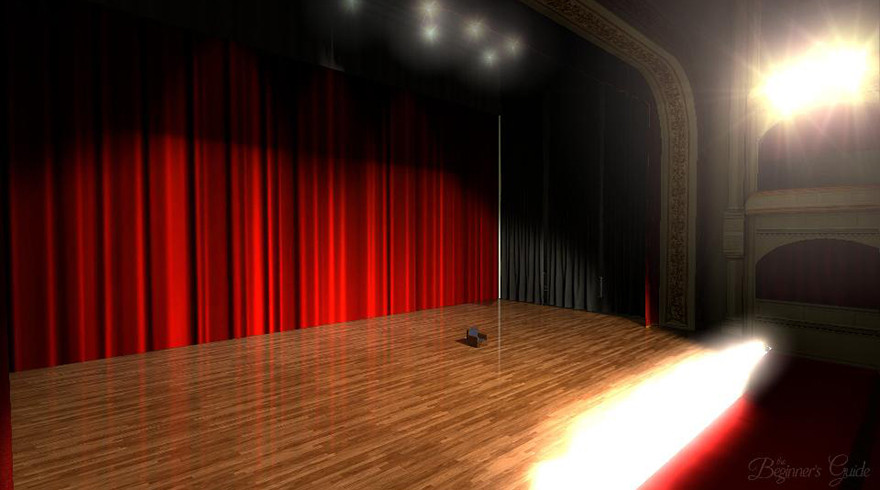 This article is part of a series called Shut Up, Videogames, in which critic Ed Smith invites games old and new to pipe down, or otherwise. In this edition, he looks at Davey Wreden’s reflective first-person narrative game The Beginner’s Guide.

Whether espousing the concrete “meaning” of his friend Coda’s games, or insisting that everyone, including himself, back away, say nothing and let Coda’s work simply, silently exist, Davey Wreden, in The Beginner’s Guide, finds no joy in art. His friendly—albeit, in typical Wreden style, extremely patronizing—narration soon segues into neurosis and hand-wringing. He worries that he has no right to analyze, or promote to his friend’s, Coda’s games in a certain way. At the same time, the very existence of The Beginner’s Guide implies frustration, or at least concern, towards a complacent audience for videogames. In The Stanley Parable, Wreden, again in typical style, likened the videogame player to an office worker, imprisoned by her own contentment, freed by willingness to explore and engage the game world around her. The Beginner’s Guide, though it eventually doubles back on trying to ascribe to everything a “point,” at least prompts its players to think about games more fully—at his most condescending, Wreden narrates how “every game is made using an engine,” before explaining some of the pluses and minuses of Valve’s Source, and how videogames naturally inherit aesthetic properties based on the technology used to create them.

But either scrutinizing videogames in prepossessed detail, or treating them as magnificent expression, which would only be sullied by cognition and words, is cowardly and mirthless. The Beginner’s Guide oscillates between Coda as Daedalus, his work intricate, labyrinthine genius, that can be solved only by the most dedicated supplicants, and Coda as God, whose creations are perfect but not for mere mortals to try to construe. Both representations are essentially strained efforts to make videogames seem more impressive and important than they are—whether Coda is real or not, Wreden praises him in his own defense, and defense of the field in which he works. But also, the discussions of Coda’s work—be they insistent on finding “meaning,” or deferential and trusting of the artiste—are pitifully insincere. Compartmentalizing games into items with meanings, or aggrandizing them as pristine, not-for-touching rarities, smacks of fear, a kind of potted, exaggerated mock appreciation typical of somebody who has never felt anything genuine for artwork at all. Wreden presents Coda’s games with such reverence and affected mystique that they feel inhuman, created by something other—better—than a person. And that makes The Beginner’s Guide incredibly cold. Even after Wreden’s apparent revelation, that it’s unfair or in some way inappropriate to force “meanings” onto videogames, he still seems to be having no fun with Coda’s work. The ideal of sitting back, disengaging your mind and simply imbibing the games—what Susan Sontag would describe as the eroticism of art—is still framed and described in businesslike terms, a behavior towards artwork that must be learned, finessed and remembered.

Wreden praises him in his own defense

At both the start and end of The Beginner’s Guide, Wreden comes over as a person with no heartfelt appreciation for anything, whose eventual refusal to concretely discuss games and art itself feels like an affectation. Likewise, the critics claiming that they are conflicted by The Beginner’s Guide, or that they feel it a game best left unremarked upon, lest they fall into the same gauche pontification as Wreden, seem to me like they’re embellishing emotion. Everyone wants to look like they “get” games, or that they respect art, but ultimately their displays are hollow, since they’re more interested in intellectual credibility than actually just speaking honestly about and enjoying the work. If The Beginner’s Guide attempts to bely criticism, or suggest that analysis and discussion of artwork is self-interested and unproductive, it does so merely for the benefit of its own and Davey Wreden’s contrarian reputation—it cares no more for artwork than the most dispassionate, obsessed fanatic.

Also, it reeks of insecurity. Wreden can’t even decide how he feels about his own feelings, let alone begin to honestly feel. And Coda, once he learns Wreden has been showing his games to other people and describing them as representative of Coda’s mental health, throws a tantrum and requests Wreden not speak to him any more. I find it difficult to listen to or care about the words and work of two characters so utterly insipid. In Wreden and Coda I see exactly the insecurity and cultural illiteracy that pervades game-makers and the gaming industry; that makes videogames empty and insouciant, and ultimately results in desperate self-justification like The Beginner’s Guide.

This article is part of a series called Shut Up, Videogames, in which critic Ed Smith invites games old and new to pipe down, or otherwise. In this edition, he looks at Davey Wreden’s reflective first-person narrative game The Beginner’s Guide.