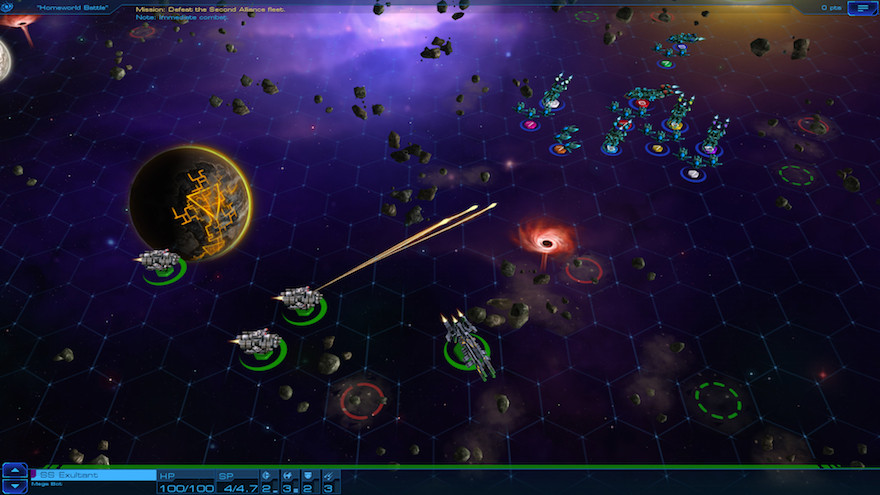 Animism, the attribution of human characteristics to the inanimate, is a curious and innate phenomenon. Jean Piaget, the famous developmental psychologist, observed that children between two and seven years of age almost universally treat their favorite blanket or teddy bear as though it were alive. Psychoanalyst D. W. Winnicott described these items as “transitional objects,” reasoning that children learn how to detach from their caregivers by imbuing the mundane with emotional significance. After all, it is easier to cope with being apart from mommy if you can clutch a binky which is, at least to some agree, “alive” with her power to comfort and console.

When playing games, we naturally cathect our humanity into the characters on screen. Doing so helps us connect to the game world and justify our interactions within it. Few would dispute the emotional connections we feel to our virtual avatars, whether we build them from the ground up in an RPG or inhabit a pre-designed adventurer like Lara Croft or Nathan Drake. Pointing out our ties to these characters seems almost trite—of course we care, of course we project ourselves into them, just as we do with our favorite film and television stars. These are fully realized human (or humanoid) beings over which we take direct control.

We love our cities, our trade routes, our squadron of soldiers

But our tendency to animate does not stop with virtual proxies. Even the more abstract of videogame scenario can be imbued with meaning under the proper conditions. Games in which we have no corporeally represented avatar but rather play as an omniscient overseer—think SimCity, Civilization, and XCOM—still provoke our innate desire to humanize. We love our cities, our trade routes, our squadron of soldiers; we name them, tend to them, admire them; their improvement brings joy, their destruction pains us.

Animism may be universal, but it cannot be taken for granted. Doing so may be the chief blunder of Sid Meier’s Starships, the new tactical-strategy hybrid from Firaxis Games. The strategy component of the game is a reasonably familiar interstellar facsimile of Meier’s longrunning Civilization series. Colonize planets, grow your federation, fight or make diplomatic arrangements with competing federations, and ultimately win by meeting one of several victory conditions. Despite being set in the vastness of space, every aspect of conquest feels firmly yoked, as though the game were a digitized version of a rules-heavy boardgame. Movement of your fleet is restricted to planet-jumping—so that you always know where you’re headed before you depart—eliminating the joy of exploration so inherent to recent Civ games, where climbing every new hill might reveal a previously undiscovered relic or resource. Diplomacy is paired down to binary options. Scientific development forgoes any sophisticated “tech tree” for simple linear upgrades.

With so little freedom or depth, the world of Starships feels constricted and pre-made. You cannot invest emotionally in a conquered planet because it seems it was already there anyway, already named; you just found it first or took it over from someone else. You just built a city or two, and they are barely visible from your far-removed bird’s-eye-view (in space!), even when you try to focus in on the planet’s surface. If an opponent swoops in and reclaims the planet, the frustration you feel is due to failing at the game, not because anything meaningful has been lost.

Planets are absorbed into your federation by acquiring “influence” over them, which is usually done through tactical spaceship-to-spaceship combat. Many of your activities as a high-level strategist are in fact geared toward preparing for these skirmishes: expanding and improving your fleet so that you are better equipped to decimate the enemy in (metaphorical) on-the-ground dogfights. This micro-macro back-and-forth seems to be trying to replicate the brilliant balance between strategy and tactics achieved by XCOM: Enemy Unknown, but Firaxis’ main conceptual flaw begins and ends with the game’s title. Starships make for awkward protagonists.

Starships is about space…
Cold, dark, and mostly empty.

The genius of XCOM was not that it allowed you to manipulate the appearance or special abilities of your squad members—it was that the game allowed you to name them. A friend of mine recently described an XCOM experience in which one of his soldiers, whom he had named after someone he knew, was killed on the battlefield. My friend was entirely unwilling to accept this loss, to bury this character whom he had animated with the characteristics of a loved one. He rebooted the save, only to have the character die again. He tried it every possible way, and every time it ended the same: the soldier was surrounded, pinned down, and killed. The soldier had to die, and my friend had to accept it; the experience of “letting go” has stayed with him. XCOM allowed its otherwise interchangeable pawns to be filled with history and feeling through a simple customization.

Animism comes naturally to us as players; from an emotional standpoint we are more than capable of doing the game designers’ work for them—but only if they permit us. Starships offers starships, nothing more. You cannot name them, design them, change their appearance. Even their customizations are limited to nine linear options, with no class system or other method of differentiating one ship from another. I often had trouble distinguishing ships within my fleet, and ultimately I realized that I didn’t really care. These were just hunks of virtual metal; I had no sense of them as creatures, no fantasies of the crews inside.

As unfun as the experience mostly is, there is still a temptation to see the design choices as deliberate, particularly given Firaxis’ impressive pedigree. They made us care about the inanimate in Civilization V, so why withhold those feelings from us now? Perhaps because while Civ is about the spark of organized human endeavor—growing and collaborating on fertile soil—Starships is about space. And space is cold, dark, and mostly empty.

Starships is anti-animism, tasking you to put aside the natural pull toward attachment and emotional connection and instead view the universe as a finite system which demands mastery and ultimately a single victor. Unlike XCOM, which offers you chance-to-hit percentages before attacking, Starships tells you the exact amount of damage you will do to an enemy craft ahead of time. There is no chance, no drama, no nail-biting. The game’s tactics—and by extension its entire universe—are precise, clinical, and mechanistic.

Had the realization of that universe been more fully fleshed out—expansive and deep rather than restrictive and boardgame-like—Spaceships could have found success as a kind of post-human strategy game. Instead it feels lifeless. But not in the existential, gazing-into-the-void-of-space way. More in the way that an aging child realizes that her blanket is just a blanket, and promptly stops caring about it.