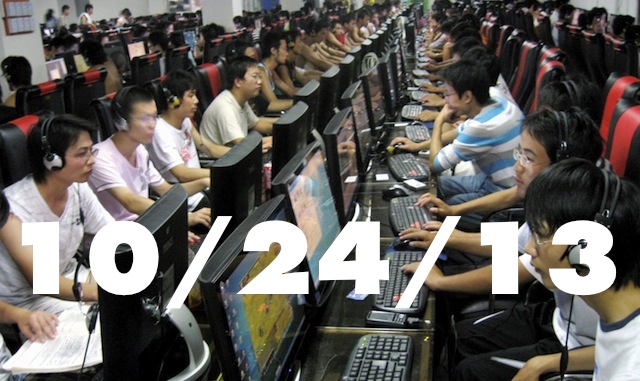 For those desperately in need of voxels, the alernative graphic to polygons, your thirst will be quenched soon. The cubes in Cube World are dividing and mutating like candy-colored cancer. (i.e. update soon!)

Continuing the tradition of computer games in grade school, an educational version of SimCity is coming to the school house. Teachers, consider yourself warned: your class is likely to revolt over digital rights management issues.

A nugget of voice-acting news from the AMA with the The Stanley Parable guys,

Before Gone Home was an acclaimed first-person house hunter about young love, it was a mod of the terrifying Amnesia: The Dark Descent. Small world.

We say it every week, but THIS is the best idea ever.

Internet cafes are on the wane in China as more players prefer to play their MMOs at home. Maybe this has something to do with it.

Via my hygentist, remember to floss!