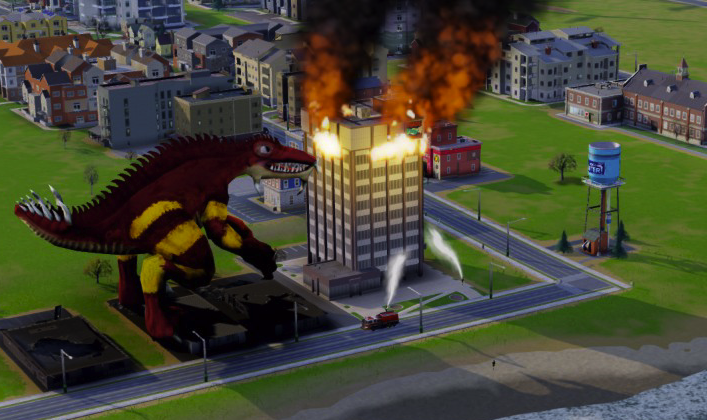 The news that SimCity is receiving an update, so that you can play it offline, has been seen as a victory for the Internet. But is it really? When the game launched last year, always being connected was required. Opponents of digital-rights management cried foul. There was pretty much a circus. Many players vowed that they wouldn’t touch the game with a ten-foot-pole.

In a blog post with the subtitle “reengineering a creative vision,” Simon Fox of Maxis reveals how the rejiggering took six months of work. But what struck me is how the creative vision for the game was compromised. He writes:

The original creative vision for SimCity was to make a game where every action had an effect on other cities in your region. As such, we engineered the game to meet this vision, setting up the player’s PC (client) to communicate all of its information to the servers. That means that our entire architecture was written to support this, from the way that the simulation works to the way that you communicate across a region of cities. So yes, while someone was able to remove the “time check” shortly after launch, they were unable to perform key actions like communicating with other cities that they had created locally, or with the rest of their region(s), or even saving the current state of their cities.

Sounds, as a lot of people have noted, pretty familiar to the whole Xbox One debacle, particularly in the wholesale backtracking by the developer. We beat this drum with the Xbox One, and we will again: we don’t like the trend of developers reshaping their visions at the behest of the mob. Maybe Titanfall can convince people that always-online isn’t apocalyptic.