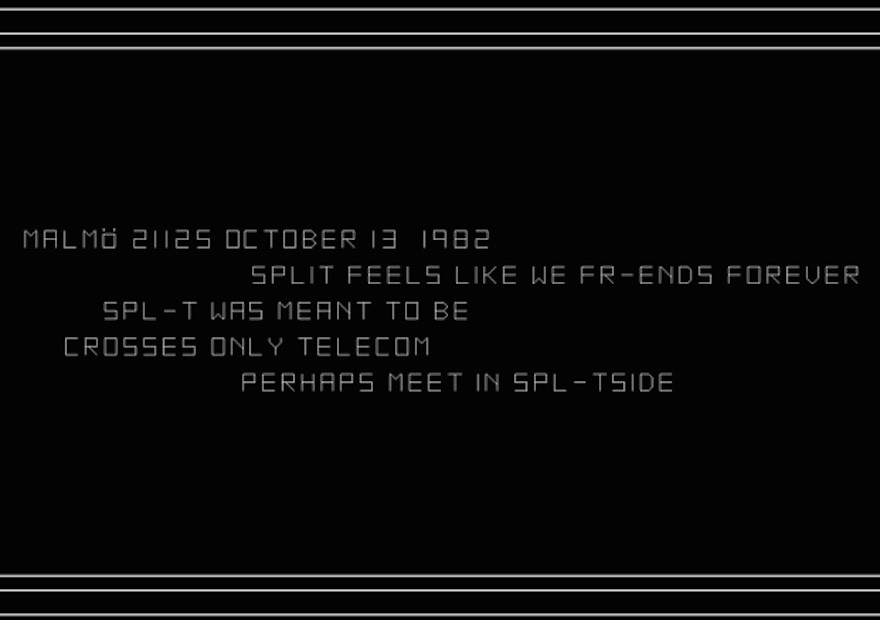 Simogo’s SPL-T came out about a week ago, and I downloaded it because DEVICE 6 is one of the best things I’ve ever played through on my phone. It has a deep narrative, fun riddles, and a sinister tone supported by its killer soundtrack and level design. SPL-T doesn’t look or sound much like Device 6 though—for one, it’s only got a two-color display, and for another, it’s what Simogo are calling a “pure puzzle game.” And the puzzle doesn’t randomize, either, so theoretically, it’s a solvable problem. I fooled around with it for a bit, got a high score of around five thousand and set it down. I’ve seen scores on Twitter of over 150,000, but I can’t get anywhere near that. This guy has some strategies he’s sharing with the world, because the game’s lack of leaderboard means this kind of discussion is the only way players can know just how high scores can get.

But there’s something weird about SPL-T’s uncharacteristic minimalism. Simogo’s website for the game is simply averygoodpuzzlegame.com and the tagline—the entire marketing campaign for the game—is “We know. It doesn’t look like much. But we promise that it’s a very good puzzle game. Like, really good.” That’s it. And coming from Simogo, that sort of feels like a challenge…

I thought maybe I could learn something more from looking at the rules again, and after I spent some time sitting on one of the explanatory screens, I got the first of several panicked messages from someone in 1982—

Every other I — am I

There are some folks over at the TouchArcade forums collecting the secrets and hunting for more. All of the messages are preserved here, hinting at someone from the past getting lost in the machine; also prominent is the city of Malmö in Sweden, from which Simogo is based. People on those forums have pointed out that it’s a relatively large app for how few assets it has, sitting at almost 70MB of black, white, and numbers. So what’s going on inside SPL-T? I’m not sure, but I’m picking it up again, turning it over and seeing what happens. Maybe it is just “a very good puzzle game,” but there seems to be a lot more than that.