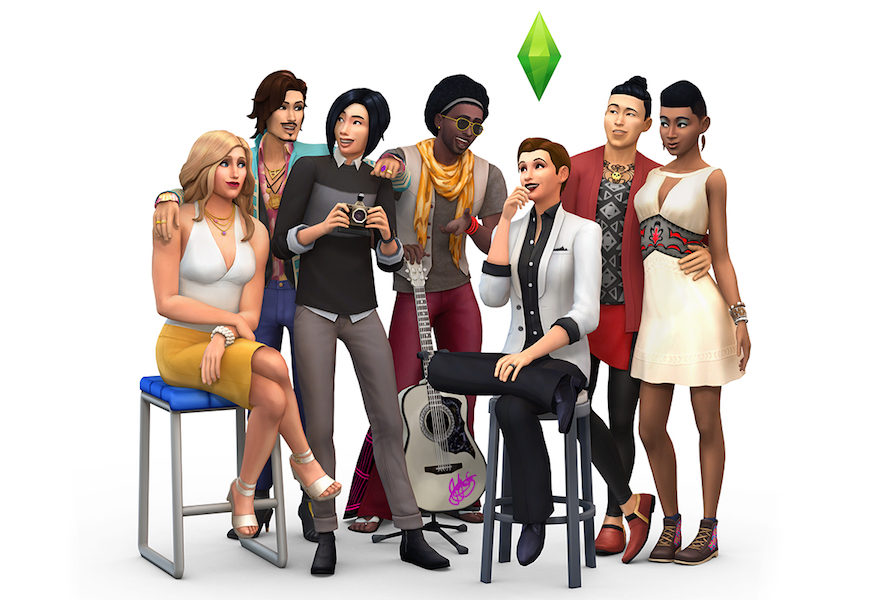 Prior to last week, characters in The Sims 4 (2014) were at a bit of a paradox. They could have any skin color the player wanted—including nonexistent ones—move and present themselves in a variety of cartoonish manners, have one of dozens of slightly different styles of eyebrows or chin lengths (yes, chin lengths), and could even have different interests and life goals tailored to the player’s choice. But a man with long hair? That, apparently, was just too much.

Of course, it wasn’t that the game didn’t have any options for long hair available. In fact, there were almost as many as there were for chin length. But they were all hidden away in a separate section of the character creator meant for female Sims only, completely barring male characters from accessing them, as well as hundreds of other clothing and even body-type options. Similarly, women couldn’t access the options designed for male characters, making your blazer-wearing aunt Sally a bit difficult to create.


But now, after an update that’s been in the works for over a year, EA has torn down that wall between male and female Sims and, for the first time, will be allowing them to freely select options originally meant for the other without any issue. In addition to male dresses and female suits, the update also allows for body types previously unavailable in the game, such as broad-shouldered women and wide-hipped men, and even allows for Sims players to give their character any voice they like, regardless of gender.

All of which is to say that I may finally have a reason to buy a Sims game now. After all, growing up as a transgender woman, I’ve always had an interest in these kinds of character customization games. They were a great way for me to explore my identity back when I was younger and didn’t have access to as many real-life options for self-expression as I do now, and plenty of other trans people who grew up with games will tell you the same. But because of limitations like these, Sims has never interested me that much, despite being the most popular game in the genre. Yes, I could make a girl, but I could rarely make a girl that looked like me: broad shoulders, wide torso, deep(ish) voice and all.

The update isn’t perfect, of course, as non-binary people will still have to settle for identifying their character as either male or female. But it does bring The Sims more in line with what other games have been doing for decades now. For instance, in popular RPGs like Skyrim (2011) and World of Warcraft (2004), it is not at all uncommon to see a male character wearing a dress (and no, I’m not talking about robes), and Dark Souls even allows players to control their character’s hormone levels entirely separate from their sex, if they so choose. In games that pride themselves on player expression, not locking certain character creation options to gender seems to be becoming the rule rather than the exception. Just look at Saints Row.

It would make sense, then, that the game series most known for player expression would want to follow its peers after so much time lagging behind. After all, even for cisgender players, this new lack of limitations still presents new options that weren’t available before. For instance, the trailer for the new update shows a male character with an afro/headband combo and a female character with a pompadour, both of which are popular real-life styles that weren’t in the game until now. Essentially, this choice to remove arbitrary limitations works by staying in keeping with the series’ emphasis on freedom, as well as trends in games as a whole.

But ultimately, for me, the update means one thing: It is no longer easier for me to create a strange blue spaceman with an affinity for bowling, or a green frog person who just really likes fun, than it is for me to just create… myself.