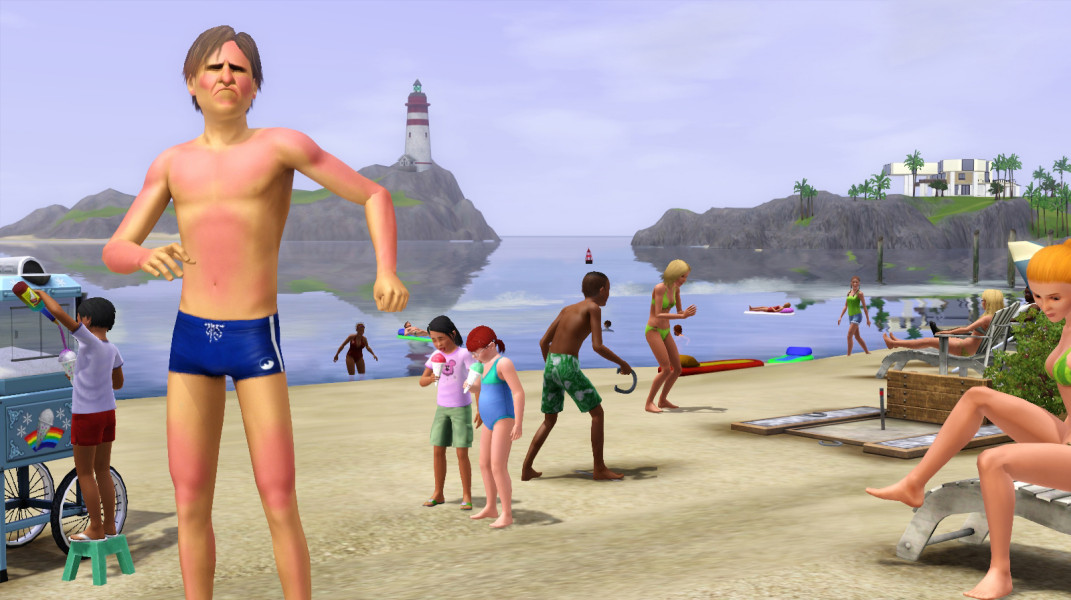 In 1938, Thornton Wilder published Our Town, a three-act ‘daily life’ play set in the fiction town of Grover’s Corners. It is a long, textually drab show that has provided some of the most rewarding theater experiences to be had in the last century. Most people think it’s actors who really impact a play’s production, but in actuality, the actor’s impact, although invaluable, is usually limited to their choices in physical and emotional characterization within the context of what’s provided for them. The director, on the other hand, can change what characters say or do, change the visual style of the script—anything she needs to imbue the script with her perspective. Our Town deals with generic, mundane events, which are either brought to life by a creative director’s vision or presented in a generic, mundane manner. (Walk into any of a couple thousand high schools any year over the past 50 years for proof.) The church choirmaster with a drinking problem, Simon Stimson, can be cast as a teetering fool or as a deeply troubled, sexually repressed tragedy. Our Town is a canvas waiting to be painted by a director.

On the other end of the century, Will Wright, the developer behind SimCity, released The Sims, a simulation game in which the player takes control of one or multiple virtual avatars called Sims living in a suburb of SimCity. It is a narratively open bridge between the simulation genre—traditionally enthusiast-only—and what is now the “casual market,” and has evolved into a tremendously popular franchise, in large part because of the autonomy it gives the player. The Sims, in it’s original incarnation, is a sandbox waiting for a sandcastle.

The Sims and Our Town occupy the same space, in different mediums. The director of a production of Our Town and a person playing The Sims are tasked with comparable goals.

In games, there are two roles a player can inhabit—that of the actor or the director. In games like Call of Duty, Grand Theft Auto, Super Mario Bros., or Final Fantasy, the player is an actor in a show already written and directed by the game’s developers, confined to the words, actions, and settings predetermined by the developer. In Final Fantasy VI, players can choose whether they’d like to take Celes or Locke atop the Tower of Rubble, but they are going to fight Kefka regardless. In games like SimCity, Minecraft, and Animal Crossing, on the other hand, players are assigned the role of director, affording them agency in a world where only the rules have been written. In Minecraft’s creative mode, there are mansions to build and holes to dig, but the player requires creative input to determine their goal and the method by which they want to complete that goal. The script has been written—thousands of lines of code, a framework for action—but the specifics of the story are entirely in the hands of the player.

A bane of physical and digital game design, and an unfortunate result of this reliance on a player’s vision, is the ‘creative player problem’—the rule most designers adhere to that players should not require creativity in order to enjoy themselves, a rule that both The Sims and Our Town disregard. In a play such as Twelve Angry Men, actors can provide a terrific performance, but the text is so well-written and tightly choreographed that reading the script silently to oneself would provide one with a fairly accurate approximation of the experience. Likewise, in a game like Call of Duty players can perform poorly and fail to create unique solutions to encounters, and the game will shuffle them along the story regardless. In Our Town and The Sims, it is entirely in the director or player’s hands to take the raw ingredients of the experience, the script, and season it correctly. Should a director lack inspiration, or a player lack vision, the final product will be tasteless.

The Sims’ embrace of the “creative player problem” puts in the player’s hands complete control over the quality of the experience, leaving players who have no desire to craft an interesting life for their avatar with very little to play. A player who creates goals for her Sims, however, and invests in her avatar’s personality creates for herself a meaningful, memorable experience. Our Town is likewise hindered or helped by a director’s ambition. Like The Sims, Our Town does what Ian Bogost claims the best games do—“invite us inside, they involve experimentation, ritual, role-playing, and risk-taking that might be impossible or undesirable in the real world.” Like Our Town and theater, The Sims and games are safe, open spaces for creation.

The Sims and Our Town disregard the rule that players should not require creativity in order to enjoy themselves.

In David Cromer’s 2009 production of Our Town, the few suggestions for staging given by Wilder in the text were utilized magically. No set, no props, black walls and floors, and two tables and four chairs representing the main families’ houses. Actors wore modern clothing and were accompanied by a stage manager—the show’s narrator—who was directed to interact with the audience in a way that made him both a friend and antagonist, constantly judging or questioning the goings-on in the theater.

Act I of Our Town is aptly titled “Daily Life,” and follows the Webb family and the Gibbs family on an average day in Grover’s Corners; Act II, “Love and Marriage,” shows George and Emily from these families marrying. In the third act of the show, “Death and Dying”, the culmination of the directorial efforts up to this point, Emily Webb has died in childbirth, and the act is told from her perspective, in the afterlife. She is surrounded by the deceased members of her community, who have reached varying levels of enlightenment that, in production, are displayed as exponential extrapolations of the characterizations that the director had given each character in the previous two acts. The show takes a surreal, introspective turn, still without costuming or a set to speak of. Emily discovers she has the ability to go back into her life to revisit a memory and chooses to do so, despite warnings from some of the deceased.

Emily walks towards the back of the bleak, black theater, in which the lights have been dimmed considerably for this third act. She walks towards a black curtain that stretches the length of the room. The curtain opens quickly and reveals a lavishly decorated and lovingly crafted kitchen, with wooden cabinet and walls surrounding a large window, through which light pours in. Inside the kitchen Emily’s mother is (actually) cooking bacon, and the smell quickly fills the entirety of the theater. The sight, smell, and sound of the fully-realized setting overtakes Emily’s and the audience’s senses. The overwhelming stimuli is magnified by the decisions that David Cromer, the director, had made up to this point, and the combination of a consistent, unique vision and the brilliance of this moment in the show provided it a payoff that is almost unimaginable until it has been experienced.

In the same year as Cromer’s production, Robin Burkinshaw created two Sims, Alice and her father Kev, and decided they would live on park benches and rely on the kindness of strangers. Burkinshaw crafted Kev to be abusive, and Alice overly kind. The results of this setup: every character in town grew to hate Kev, who eventually made it his mission to find someone who did not. Alice, on the other hand, dealt (miserably) with Kev’s abuse until her teenage years, at which point she decided that despite being her father, Kev was a bad man. The payoff was tremendous: these characters, based solely on Burkinshaw’s direction, developed personalities and a narrative that culminated when Alice, homeless and hungry, makes her first hundred dollars and tries to send it to a charity.

In this emergent narrative and the third-act reward of David Cromer’s Our Town, these works of art act as exponential experience machines. In both cases, the care, effort, and experience provided by the creative storyteller—the player or the director—is multiplied in its payoff. The Sims and Our Town both output based on input, with infinite capacity for experience.

Our Town was published seventy-one years before David Cromer’s production, and still managed to be an earth-shattering experience for those who had the chance. The Sims was published thirteen years ago, a lifetime in software, but still lives on to this day, whether it is in the series’ longevity or in the influence it has clearly had over other life-building games. These are both important works in their respective mediums because they are works that will never grow stale. Our Town will never run out of meaning, because new directors will always have new things to say through it. The Sims will never want for scenarios, because new players will always bring something of themselves to the game. The Sims is the antithesis of the creative player problem—it puts every player in a role that, for a play like Our Town, is reserved for a select few. And this is the source of its popularity—it trusts the player. It tells players that they can do whatever they like, as long as they do it with meaningful intent. Our Town is an opportunity for directors to make their mark through a beautiful, wide-open play; The Sims gives that opportunity to everyone.