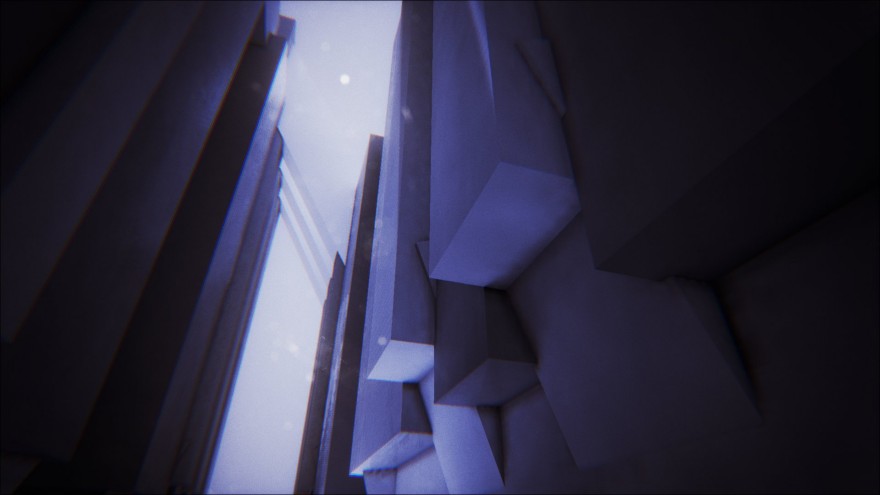 Critics of brutalist architecture will state, time and again, that they oppose its most superficial traits: how it is cold and crude, and how threatening its stark postures are.

What they’re getting at is its lack of humanity which, in a way, is the true point of it. Brutalism is an idiom for architecture as its own body; it becomes an entity separate from its maker’s touch; it is alive and it is daunting, a creature formed of the city that towers with sharp muscles of rock, a hulking concrete mass.

You don’t look at this architecture; you look up at it

The Pharaohs and ancient Mayan kings understood the commanding might that brutalist forms have. Their pyramids and prisms of harsh stone shoot beyond green canopies and the sands of the desert up toward the sky, with demanding oblique angles, steep staircases posing as functionality.

This is intimidation through size and purity in design. Brutalism’s honest calcification of construction is what its critics don’t like—it’s impoverished of flair and decoration. Instead, these are buildings as monolithic threats, externally unfriendly and as insurmountable as a warning. You don’t look at this architecture; you look up at it as you would a Cyclops, it permanently conquering you.

It’s the esoteric appreciation of brutalism’s power and awe that is allowing it a slight revival recently. In some small circles, it’s melding with similar interests in sleek design and unsettling soundscapes. In other words, brutalism is steadily emerging in videogames through works of mountainous scale, and due to the freedom of their digital form, are able to explore the further potential of the aesthetic. NaissanceE is, arguably, the most accomplished exposition of this. Other efforts are rare, but include projects by Orihaus, Devine Lu Linvega, Friend & Foe, Ezra Hanson-White, Strangethink, Johannes Poell, Murat Pak, and others.

instructing lung-filling gasps when revealing one of its behemothic structures

The latest of these likeminded individuals, and the one responsible for my current foray into the style, goes by the name acatalept. “Vast minimalist forms, a stark color palette, and an evocative soundscape,” is how they describe their exploration-based videogame singmetosleep. There’s a limited playable demo available to download on itch.io and, if you’re feeling brave, it supports the Oculus Rift.

Singmetosleep portrays brutalism as everything it should be to an astonishing result. This is best demonstrated, at least in the current demo, by a spine of enormous cuboids that curl into serpentine form above you. Venture in the opposite direction and a monolith beckons with the terrifying scream of an air strike alarm. Perhaps more daunting are the looming Tyrannosaur formations puncturing the sky in the misty distance. Head across a harsh bridge of narrow curves and endless straight lines over an unfathomably deep gouge in the land and you find a huge machine, its blades revolving with a stirring menace.

Nature does its best to erode these huge forms with a blustering wind that carries the gritty sands of the desert, yet it only compares your own fragility to the invulnerability of these alien compounds. From some angles, the tallest structures seem to merge with the naturally formed mountains as if to camouflage itself. These environments acquire a somatic command over you, instructing lung-filling gasps when revealing one of its distant behemothic structures, only letting you exhale upon reaching a moment of disbelief at its foot.

If the current demo of singmetosleep isn’t enough to satisfy your brutalist fetish (it leaves you wanting more), then look to the grid of screenshots on its website. Much more is yet to be delivered from the grey skies.

You can download the singmetosleep demo on itch.io. More information about the game is available on its website.