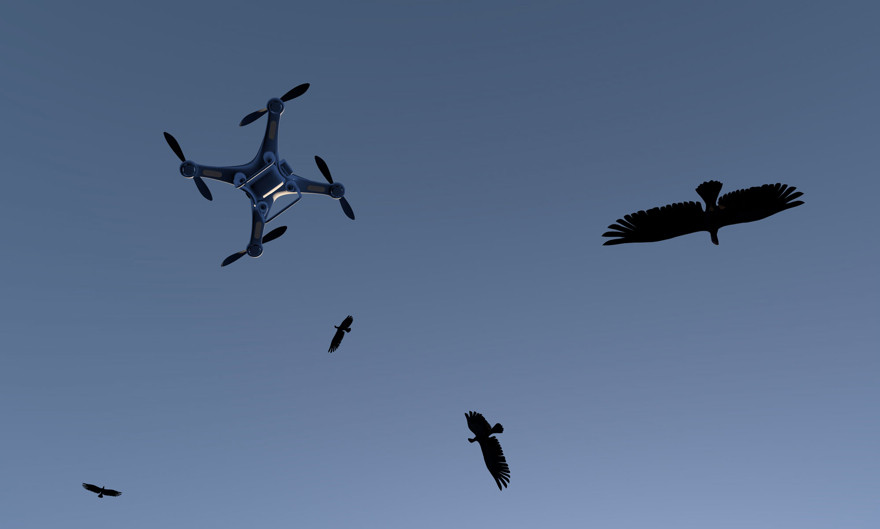 Drones are frequently associated with death. Theirs is a causal relationship: the former brings about the latter. In news footage and dramas, drones mete out death then fly away. Their work is done. But what if this sequence was reversed and drones only appeared after rigor mortis had set in?

Rick Silva’s Sky Burial uses a drone to reimagine a Tibetan Buddhist funereal ritual in which bodies are carried away and eaten by birds of prey. Silva’s quad-copter drone lifts submitted works of art into the sky. A camera mounted on the drone records this ascent. Once the drone is out its remote control’s range, programmed artificial intelligence guides it to a safe landing.

The camera in Sky Burial allows one to see events from the perspective of the drone. Silva anthropomorphizes the quad-copter by giving it eyes and allowing the audience to see the world through them. Sky Burial isn’t simply a high-tech recasting of an ancient ritual; it uses technology to shift the point of view from that of a mourner to that of the bird.

In an interview with Der Spiegel, an American drone operator described feeling “disconnected from humanity for almost a week” after he saw the result of his first missile strike. Drones are often described as causing a disconnect. They allow their operators to keep a safe distance from death. This creates a sort of moral hazard wherein operators are detached from the consequences of their actions. Sky Burial acknowledges this relationship by casting the drone as a bird of prey but perverts the analogy by starting its journey where most drone strikes end: at the moment of death.