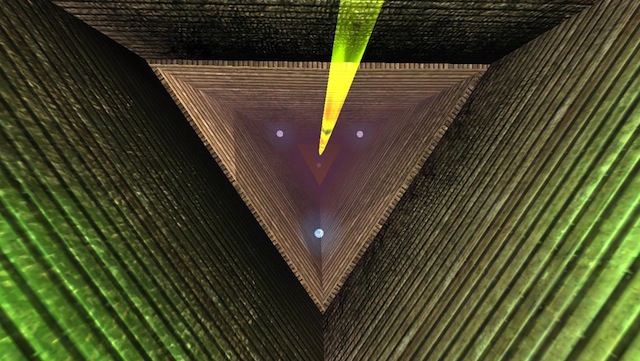 A series of motion-controlled vignettes about dodging jagged craters and sharp branches while gracefully free-falling through unreal dreamscapes, Skydrift for iOS is further proof that the worst nightmares make the best games. Though I’ve never suffered a dream of falling I have seen Vertigo and deduct it isn’t fun, so this is my chance to live it vicariously without the cold sweats. Everything in Skydrift is intentionally mysterious, which means it’s all fog and occult triangles and flashbacks of jumping off your horse and accidentally tumbling from a great precipice to the sea in Shadow of the Colossus, which it goes without saying is great stuff. Also it’s free and as I haven’t had a good excuse to twist my phone around lately this will be seeing some playing time. Watch the video, be very impressed, and then grab it here.