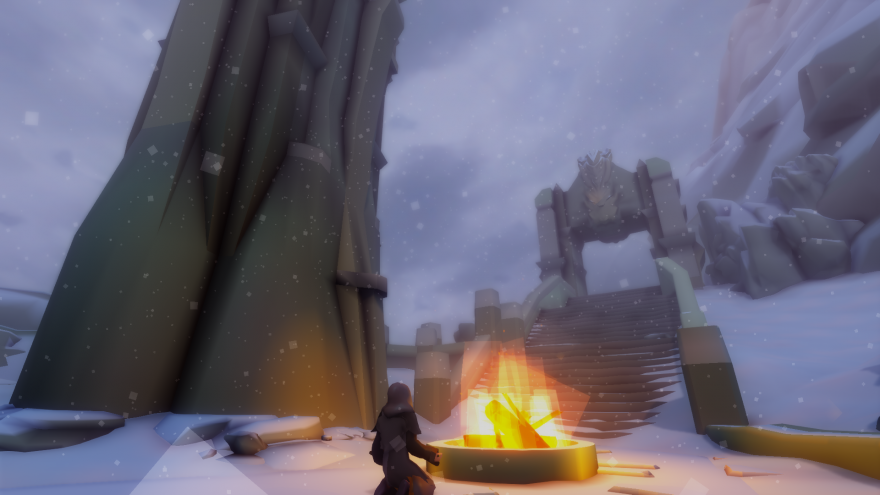 Skyrim, the fifth installation of the long-running Elder Scrolls series, is known among other things for its intensive, high quality graphics and level of visual detail. Even then, it’s common for players on PC to install several graphical enhancement mods for even more realistic lighting, water, and textures. To run Skyrim on max settings is a badge of honor for those who spend a lot of money on their rigs.

Less frequent, but still just as awesome, are mods like Toon Skyrim from UniqueUses, a “potato texture mod” that turns the game’s highly-detailed environments into cartoonish landscapes.

According to the modder, all Toon Skyrim does is shrink textures, so any notion that this is a low-poly look is just an illusion. Still, it’s neat to see how much some good coloring can add to the surprisingly basic shapes that make up Skyrim‘s intricate world, and also how good the game continues to look with an entirely simplified palette.

Toon Skyrim is still a work-in-progress, but based on these screenshots, this graphically reduced Skyrim mod looks a lot like The Long Dark—rooted in realism, but with a cartoon quality for style. See all the screenshots on Imgur.

Toon Skyrim will launch on Nexus Mods, though there is no release date yet.