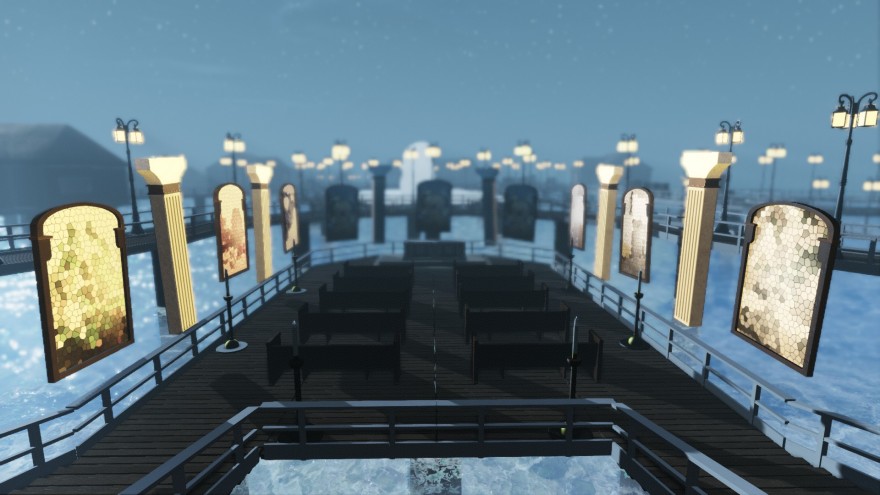 Or really, let’s talk about how we all think Inception is a little crazy. Start with the proposition that a dream can be a stage for you to execute a full-scale operation developed in your waking hours that requires quick, coherent thinking and reasoning. Any of that take place the last time you dreamed of yourself pants-less in an embarrassingly public situation? Didn’t think so.

Then, tussle with the idea—the Big One from the movie—that you can pass back and forth between multiple, distinct levels of dreams within dreams. We’ve probably all had dreams that progress in phases, but rarely (if ever) do we teleport from one richly detailed environment to another wholly different but equally vivid one. Forget teleporting back again. It’s all just too clean.

But the trouble with these plot points isn’t so much that they don’t seem likely (let’s not start picking away at the probability of a sci-fi stories holding up to reality)—it’s that where the sensation of dreaming is concerned, they just seem to miss the point. The power of dreams comes from their seamless perversion of everyday waking logic—“seamless” because they have their own misty logic that is usually inaccessible to us, “perverse” because they present us with figures and events in often startlingly bizarre arrangements. Inception only ever offers that in half-doses, far more interested as it is in building narrative momentum in what is basically a dramatic, sci-fi-touched iteration in the Ocean’s 11 franchise.

Dreams captivate us because in them, we’re confronted with an improvisational flow of forces and feelings that seems nonsensical yet has a kind of immanent meaning before we even try to use a symbolic framework to interpret it. They turn our brains into feedback loops of wacky inputs and drunken outputs, the result of which is a nimbly adaptive and uniquely affecting experience.

Capturing that dream-like flow can present something of a problem for videogames, since “improvisation” is not always the name of the game, from either an aesthetic or a structural standpoint. And just to be clear: that’s not always a bad thing. The aesthetic sensibility of Gone Home is perfectly ordinary, and it’s still an amazing game. I’ve had tons of fun charging straight from A to B in shooters like Wolfenstein: The New Order. Still, evaluating any work of art that tries to communicate something about dreams has to contend first with one essential criterion: does it feel dreamy?

On this score, HyperSloth’s recent puzzle-exploration game Dream has a bit of a spotty record. The game’s story centers on a young and rather moody guy named Howard Phillips (a thinly veiled nod to horror writer H.P. Lovecraft, a man who had his own lifelong trouble with dreams). Howard has recently inherited the estate of his uncle Ed, a celebrated science fiction writer whom Howard has always admired, and he feels a lot of guilt about not having earned such a cushy setup. Add to that a dash of millennial aimlessness, the nagging feeling that one should be a writer, and an interest in the symbolic potential of dreams à la new age mysticism and old-school psychoanalysis, and you have the basic outline of Dream.

the levels you pass through are just that—levels

For the most part, the dreams in Dream are just a clever conceit for presenting Howard with the opportunity to process his grief, find out more about himself, and, of course, solve elaborate, world-sized puzzles. The extent to which these worlds really feel “dream-like,” however, varies.

On the one hand, some of Dream’s lovingly realized environments contain objects and details that make a kind of schizophrenic sense. The “Media Center” in the initial desert level is a solid example, as you scan over heaps of old monitors, amplifiers, and arcade games slowly collecting sand and blanching under the hot sun. They reference some of the objects you find in Howard’s room without looking like they were copied and pasted into the dream, and they have an edge of personal nostalgia that is felt but never made overly explicit.

Dream-feel also plays well in a level where Howard explores an empty office building where rhizomatic jumbles of pipes spill out of the walls and into the office hallways. Some of the offices themselves are pristinely organized, but the more you explore the building, you find that organization disrupted by some unseen uprising, with graffiti coloring the off-white walls and desks barricading entrances to some rooms. It looks like a communist revolution swept through the building from The Stanley Parable, but you’re never briefed on what really happened—all the better, because the chaos reads more like a product of Howard’s anxiety about such a workplace than just goofy office antics gone bad.

The basic problem I have with Dream is that the levels you pass through are just that—levels. They remain mostly the same every time you return to them, and for some of these dreams, you’ll be returning a lot. Every time you come back to the game after a break, send Howard to bed, and hear him say again, “I wonder what kind of dream I’ll have tonight,” you know exactly what kind of dream you’re going to have: you’ll fall asleep, come to in the “hub” dream, take a left out of the entrance to go a level down into the desert dream, and follow the signposts to “the Hollow,” where you go down another level to the maze-like corridors (the turns of which you’ve mostly memorized) of yet another dream within a dream. The stability and predictability of it all begins to feel very un-dreamy after a while.

It doesn’t help that you’ll be doing a lot of this running around just to reset levels, whether because you’ve made some misstep that you can’t take back or the game seems to be making its own decisions. Add to all this that chances for real exploration—of a kind that the game doesn’t necessarily intend—are few and far between, and the trance is pretty much broken.

Dream does redeem itself by its ability to induce wonder and keep you happily busy. The Escher room (a side dream in Act 2) is a pretty simple maze, but one that’s fun to poke around in just because of the way it knots up your brain. You can ride a roller coaster through a foggy amusement park in another side dream, which I loved especially for its relative pointlessness. A series of laser-lit puzzles you find after ascending to the top of the abandoned office building had me sprinting back and forth giddily while I worked through each of them.

But in the end, Dream didn’t take up its subject in any way that I found consistently affecting or enlightening, and the sometimes-flat story wasn’t sufficient to carry the game thematically. It’s true that Dream can be beautiful and fun at times, but its structure too often holds it back from being something great.