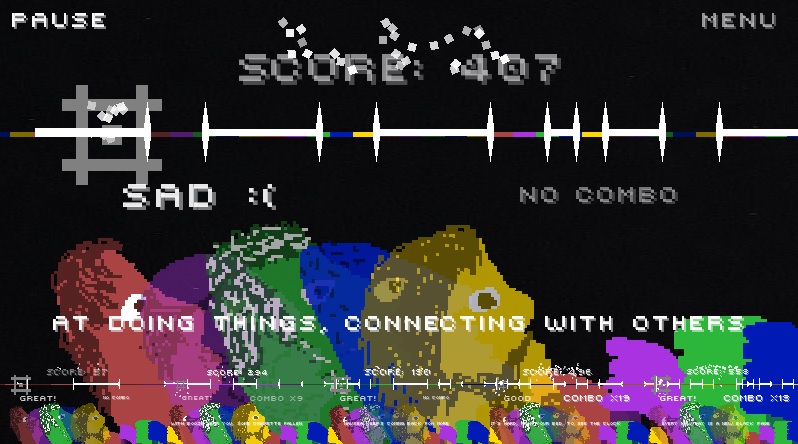 Take a moment to think of the activities that other people around the world are doing right now.

The rhythms their hand movements match belong to songs called “No Hope For You” and “Nine To Five” (not the Dolly Parton song), which are sung by raspy, drone male voices to a lazy guitar strum. One song’s chorus is the word “pathetic” repeatedly dragged out by a nearly out-of-tune yet anguished groan.

Creator Talha Kaya admitted to IndieGames.com that the reason only men are portrayed in Sleepy Time is due to only having experience with the male perspective.

“I actually know some men do it. So it would feel really weird for me to include women, although I considered it when beginning the project.”

This is not the first time I’ve heard a game creator using a lack of experience to excuse a missing female perspective (outside of titillation), particularly when it comes to female sexuality. It’s funny, though: there’s never usually an issue when it comes to creating goat simulators, or playing the role of a serial murderer …

You can play Sleepy Time for free here, or you can purchase the standalone version and the soundtrack here.