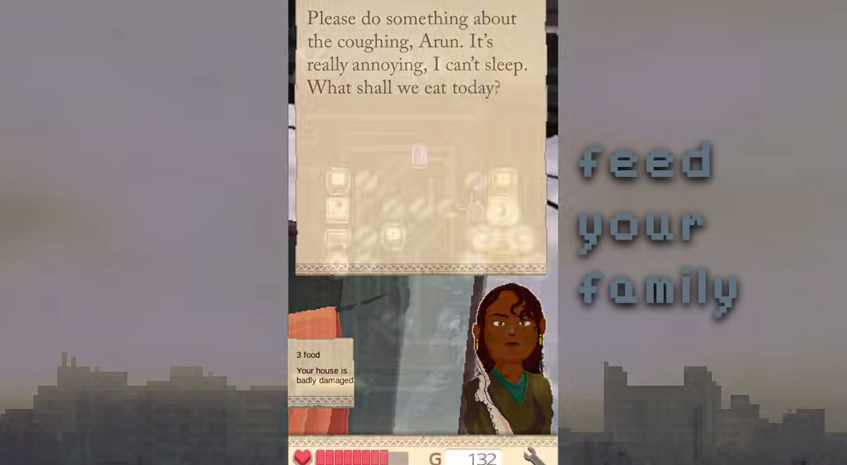 One day, your mobile phone, that precious device that connects you with the outside world and on which you may even be reading this sentence, will die. Its death may come in the middle of the night after years of declining performance. It is also possible that your phone will suddenly pass away after inadvertently falling into a lake. Either way, from a consumer electronics perspective, the phone has now run its race. Its journey is over. But that isn’t true. In fact, your phone’s journey has only begun.

Burn the Boards, which has just come out on iOS to complement an earlier Android release, is a game about what happens after you ditch your phone. The technical term for this sort of thing is e-waste. Various components in abandoned electronic goods can be salvaged, reused, or recycled. Harvesting these parts, however, often results in exposure to a variety of foul substances, which is to say nothing of large-scale pollution that is caused by the clumsy and negligent recycling of e-waste. As such, e-waste is less of a technical problem than it is a human one: The handling of these items exposes informal workers to considerable risks. Burn the Boards focuses on these human costs.

You play as Arun, “a villager who came to the big city with his wife and child to try his luck.” In this case, luck means trying to scrape together a living at an e-waste recycling facility. The boards that have to be recycled are puzzles. Try to remove all the non-toxic parts and try to do it quickly because your daily wage depends on speed. As the day passes, your health level declines. At night, you return home to challenges and expenses. Can you afford to fix the roof? Can you afford to eat? Can you afford to eat more than a small meal? Can you afford not to eat and pass out at work? There are no great choices here. Burn the Boards is a well-designed game, but it is a game about an environment where the odds are overwhelmingly stacked against you.

The documentation for Burn the Boards indicates that winning is possible. I can’t confirm that fact, but I’m bad at puzzles. Anyhow, Causa Creations writes: “The game can be only be won by hard work: after a particular sum is reached, Arun can afford to retire from his recycling job and look for healthier opportunities.” Games need winners. But winning is somewhat antithetical to the point Burn the Boards seems to be making. The possible ways Arun can die or lose everything and wind up back in his village are far more numerous and more interesting. These, after all, are the material and human costs of a broken system for recycling e-waste. The mechanics of Burn the Boards may suggest that one can win out with hard work, but the real world is not that facile. The hard work of laborers will not singlehandedly solve the problem Burn the Boards aims to document.

What is to be done? Causa Creations is partnering with German NGA Action for World Solidarity and will be using half of the revenues from its game to support migrant workers in India. That’s a start, but unlikely to produce lasting change on its own. Indeed, the bulk of Burn the Boards’ value comes from raising awareness, not money. The game is not the sole artistic project to take on the recycling of e-waste. The Kenyan visual artist Cyrus Kabiru has been turning items found on the street of Nairobi into elaborate, somewhat wearable sculptures. His work, like that of Causa Creations, can do some good, but there are ultimately bigger forces at play. So long as electronics contain potential pollutants, used phones need to be recycled, and citizens suffer from a lack of protections, the suffering that Burn the Boards depicts will remain a horrifying reality.

You can download Burn The Boards for free on the App Store and Google Play.