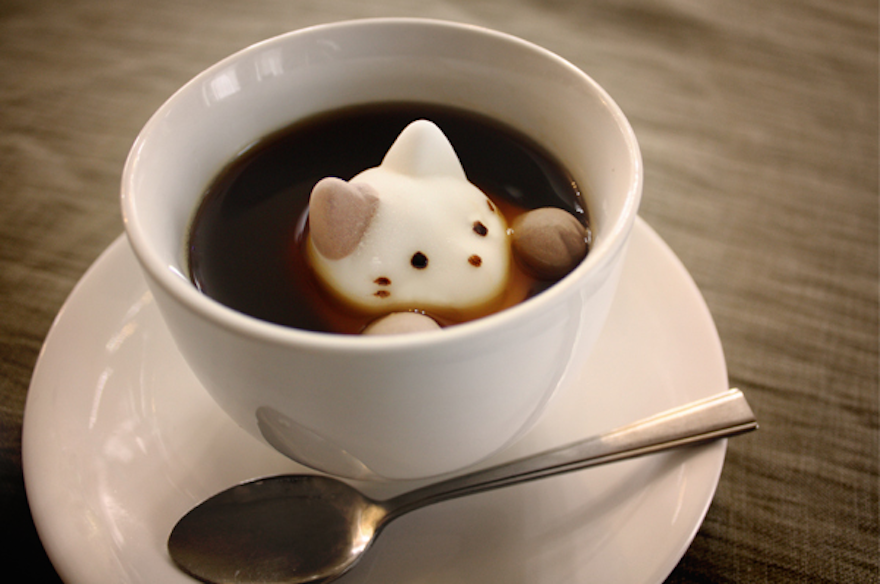 The Japanese company Yawahada specializes in adorable, artisanal marshmallows, but they veer from the norm, coming in flavors like chocolatey tiramisu, cheese tarts, baked apple, and so on. As if wrenched from Kirby’s most kawaii dreams, they also make little marshmallows shaped liked cats, which inspires images of curling up on a couch with a cat and a blanket and re-watching season three of Battlestar Galactica to see if it still holds up.

But it raises some deeply troubling images as well—notably, that adorable cat-like visage slowly fading and becoming featureless as it melts into your dessert, its tiny paws becoming featureless blobs that you eventually nibble off. Your own cat, resting serenely on your lap, eventually looks up in horror to notice what you’ve done; it stays put in fear that it might be next as you slurp the liquefied intestines of its kind in wintry cheer. Yawahada’s site, with troubling alacrity, states (via Google Translate), “You can enjoy I am and various taste eat by dissolving so please try.” EVIL IS REAL, YOU GUYS.

The marshmallows are only available in Japan now, but Swimmingly notes that they should be available internationally soon.