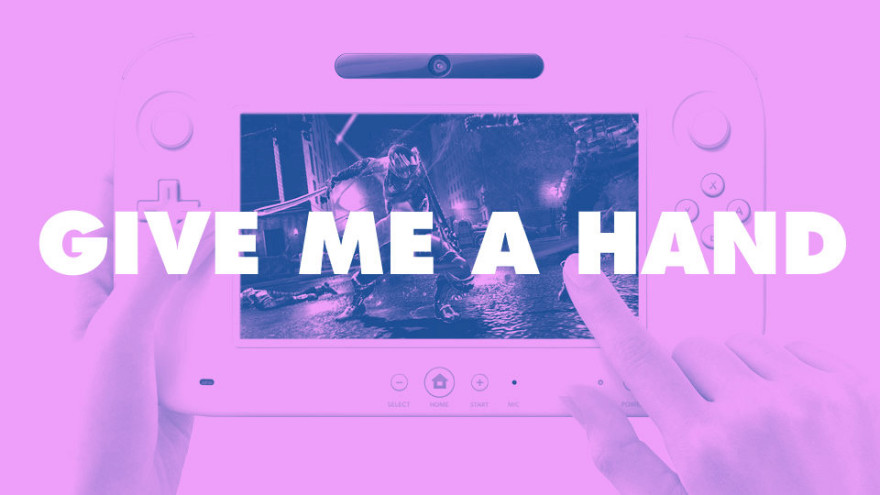 One of the prevailing storylines of 2013’s first quarter, alongside Sony’s PlayStation 4 reveal and the console market’s disruption by Ouya and its micro-console cousins, is the near-annual prognosis of Nintendo’s impending demise. Its new HD system, the Wii U, had a moderate launch this past holiday, selling over a quarter of a million units and giving players a strange new controller to wrap their hands around. Since then, a lack of new games and weak sales have energized that vocal minority who love to hate.

Even those early adopters not as loquacious in their bad-mouthing have a simple, valid question: What do I play now?

Yes, the failed promise of Pikmin 3 (delayed beyond the launch window) or Platinum Game’s dizzyingly inventive The Wonderful 101 to show up in early 2013 is disheartening. But there’s plenty to explore here. Nintendo’s newest box has reams of nooks and crannies to be explored, even with no disc in the loading slot.

All you need to do is turn it on. Three months later, I’m still enchanted by the system’s home screen. Since your controller, the GamePad, has a screen of its own, all the necessary icons and options normally greeting you upon boot-up can be tucked away in your hands. This leaves the real estate of your big screen open to something else, something new. In Nintendo’s strange mindset, this becomes the WaraWara Plaza, a kind of omniscient vision of your fellow players from above.

Your Mii avatar drops into an open field, metallic tones burbling like future machinery heard underwater. A circle of floating icons appears overhead–representing games and apps on the system–and hundreds of other Miis come running in from the distance, tripping over themselves and bumping into each other. After making the dash some hunch over, hands on knees, struggling to catch their breath. Groups of Miis roam underneath every icon, symbolizing the community of players for each. My wife and I have spent more time than should be documented just watching what happens next.

But as the backdrop to conversation, it’s a unique and hypnotic kind of screen-saver.

One starts to dance; others nearby join in. Some practice their golf swing. Two strangers play rock, paper, scissors. A yoga circle breaks out. Whereas the Wii’s home menu simulated a future of wall-to-wall TV screens, the Wii U offers a synthetic supernova of humanity: the masses, all together, grouped by interest, impervious to harm, stuck in the confines of a machine. A scary prospect, maybe. But as the backdrop to conversation, it’s a unique and hypnotic kind of screen-saver.

Now I know, you actually want to play something. Fair enough. Let’s say you’ve already completed the main quest of New Super Mario Bros. U and the exceedingly addictive Challenge missions. I’ll assume, too, you’ve dug into Nintendo Land, a game many unfairly shoved aside as shallow without exploring its dangerous underbelly. (The Donkey Kong and F-Zero games are rich, bone-hard nuggets of old-school arcade joy.) And sure, you’ve probably already defeated ZombiU on Survival Mode, where one death ends your campaign for good. I’ll assume, too, you exhausted the multiplayer in Call of Duty: Black Ops 2 and scoured the colonial forests of Assassins Creed III.

And you must have downloaded and scored perfect times on WayForward’s Mighty Switch Force HD and topped the leaderboards of Shin’en’s Nano Assault Neo and burned all the toys in Tomorrow Corporation’s Little Inferno. And you’re probably already done with Gaijin Game’s ridiculous Runner2: Future Legend of Rhythm Alien. Not to mention the drip-feed of classic titles released at 30 cents each to commemorate the Famicom’s 30th anniversary, like Punch-Out!! in March and Super Metroid in May. In fact maybe that’s the problem–maybe you’re tired of playing Wii U games! That must be what everyone is complaining about. “Give me a breather!” you’re saying. I know how you feel.

How about you load up the Internet Browser? Just then your wife or roommate or brother walks in; it’s time for Duck Dynasty. But your browsing is a secret — hit X on the GamePad and the webpage scoots to your private screen. On the TV remains your Mii in front of a red curtain, hiding your surfing. As you search for your intended video or image, your avatar entertains the on-looker. It starts to juggle. It does a magic trick or two. Then, as your live-in partner is about to wrest the controller from your hand and crack it in half, you open the curtains and reveal the website of a restaurant you made secret reservations for later that night. All is forgiven. You point the GamePad’s infrared window at the TV, change the input and channel, and your better half is happily watching the Robertsons do their thing.

While they’re busy, hop into the Miiverse, Nintendo’s answer to social networking. Each game and app has a devoted page for players to leave messages and reply to others. Using the GamePad touchscreen you can draw a picture. Or type out a hint about a particular level. Or send a message to Mike Roush, lead artist at Gaijin Games and frequent poster to their Runner2 community. Developers often pop in to engage with their fans. Devoted artists develop their own following by posting stunning, funny, elaborate artwork.

Miiverse can be as simple or wonderous as you make it. And it’s free, available right now, waiting for you.

Mediocre game pages become hosts to creative protest: drop by the Funky Barn community and wonder how so many barns can be so funky. The Jeopardy community ignores the lazy port and revels in Saturday Night Live skit re-enactments. The night of the Oscars I drew an interpretation for each Best Picture nominee. Miiverse can be as simple or wonderous as you make it. And it’s free, available right now, waiting for you.

Nintendo TVii is the company’s alternative to scanning Twitter while watching the latest episode. Here the GamePad acts as a secondary screen — popular shows track important moments with stillshots and descriptions, letting you catch up if you missed the beginning. A sports portal offers stat-tracking, and you can watch movie trailers and search across any subscription service, like Netflix or Hulu, you already pay for. Granted, such abilities are available on other devices. But not everyone owns a tablet. And for off-the-grid cable-defectors like me who receive their TV service over-the-air through a digital antennae, Nintendo TVii offers a handy schedule grid that automatically syncs with your location. I’ll never miss another repeat of Highway to Heaven again.

A week ago my father visited. He doesn’t care about raiding tombs or simulating cities. The last game we played together was Madden NFL ‘94.  But I turned the Wii U on anyway. Using the new free app, Wii Street U, we tapped into Google StreetView images and found the neighborhood where he grew up. An overhead satelite image shows on the television; peer through the GamePad and see a 360 degree panorama of houses, sidewalks, churches and clouds. As you move around the view glides seamlessly. He turned to the left and noticed the corner store was still there, fifty years later. Sure, we could have seen the same image on our computer. But the physicality of moving and looking through this window into another place heightened the experience in a way no mousepad or arrow key can offer.

Play will always be Nintendo’s first priority. But as more devices encroach on their territory, they’ve taken steps to provide other options that trigger those same feelings of surprise and awe. New titles are coming. In the meantime, there’s plenty to play with besides games.