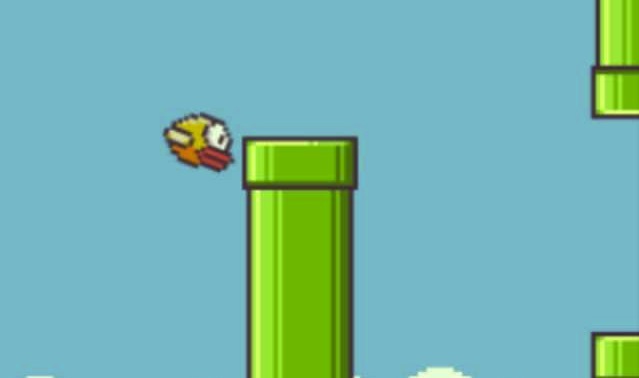 In what has turned out to be one of the most strangely amusing stories of this young year, the saga of Flappy Bird has come to an untimely and indefinite end. The game’s creator made good on the promise he tweeted over the weekend and discontinued sales of his runaway success about piloting a top-heavy avian through narrow gaps in Super Mario warp pipes, though you can still play it if you already have it, and thank God, or else we’d have an uprising on our hands.

In the past week, Dong Nguyen had complained over Twitter that he couldn’t handle the success of the game, which had rocketed to the top of the charts and was raking in $50,000 a day in ad revenue, according to reports. “Please give me peace,” he begged of the press, apparently not enjoying being the subject of multi-thousand word thinkpieces and vitriolic posts from the commentariat. Later, he removed a feature from the game which allowed players to tweet their high scores, presumably because he was as sick of it showing up in his Twitter feed as we were. He had created a monster, so to speak, and later would tweet, before pulling the plug on everything, “I cannot take this anymore.”

All of which creates a troubling narrative: an unwitting novelty act, a deeply uncomfortable trending topic. Nguyen was surely as baffled as everyone else as to why the game got so big. It’s ridiculously hard, uses borrowed art, and is, critically speaking, not very good, although several million people can’t be wrong, I guess. Yet it captured the public imagination and Nguyen’s rejection of that only captured more of it.