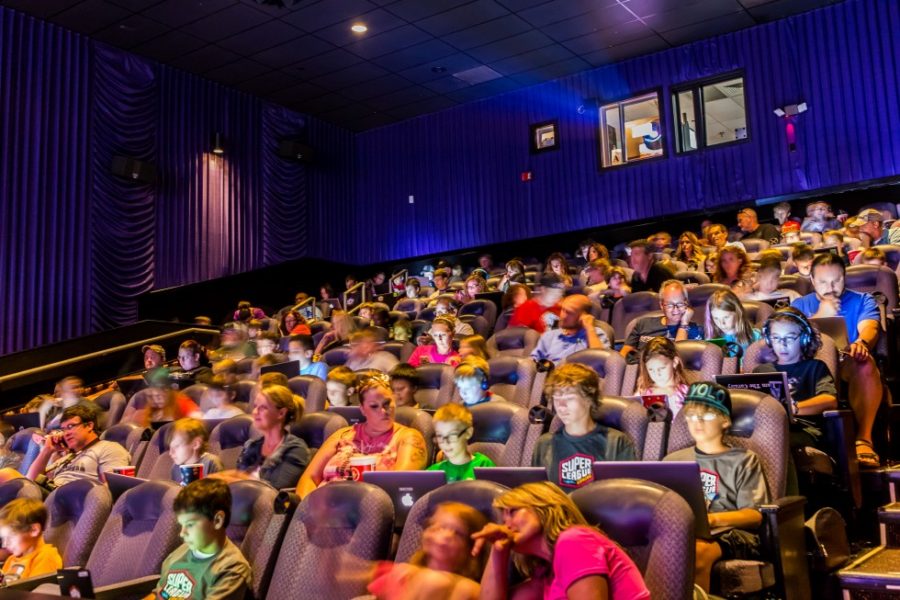 Defying the stereotype that paints gaming as an isolating hobby, Minecrafters use the virtual world as a means of connecting with family and friends in real life. Minecraft (2009) has redefined social gaming for nearly a decade, driven mostly by prolific online communities of creative people. A growing population of Minecrafters is harnessing the power of portable computer technology to interconnect in new ways, bringing their creativity in the digital world into reality.

Aside from a thriving community of modders who build upon each other’s work to achieve incredible feats, a huge number of Let’s Players are making Minecraft the most popular game-related videos on YouTube. Videos of gameplay modifications and how-to tips inspire others to create and share their own videos. This virtuous cycle has attracted more than four billion views in the month of May alone, more than three times that of the second place contender, Grand Theft Auto, according to a report by software company Octoly and gaming research firm Newzoo.

Minecraft in the Real World

Typically played individually using personal computers, Minecraft is moving into living rooms and social gatherings with the help of laptops and the tiny Intel Compute Stick, a full PC the size of a pack of gum that allows people to play Minecraft on any large displays and big TVs with an HDMI port. These portable technologies can turn almost any place into a Minecraft social gaming and collaboration zone.

Technology is also allowing Minecrafters to take their play and interaction into real-world places like clubs, public art exhibits, and festivals. At Mojang’s annual Minecon conference in Southern California, 12,000 Minecrafters come together under one roof to share and create together in person, collaborating on everything from costumes to live builds. Last year, Adam Clarke—a.k.a. Wizard Keen, whose Papercraft video launched him into Minecraft YouTube stardom—curated Make It!, a Minecraft exhibit that showed how virtual creativity in Minecraft influences thinking in the real world. His exhibit celebrated how Minecraft can enrich many aspects of people’s lives. “Social gaming is wonderful because it connects people and brings us closer—no matter where in the world we live,” he explained. “This kind of connection can be a positive force for change in a world where we often feel isolated and alone—play and games do bring people together.”

Public Libraries across the country feature programs dedicated to social playing with Minecraft. The New York Public Library is the meeting place for a Minecraft Club. Super League Gaming is even digitalizing the classic little league experience for kids, hosting events that allow attendees to play Minecraft together on a giant movie theater screen.

By bringing their laptops and connecting to the Super League server in the theater, Minecrafters can simultaneously play in the same physical and virtual space together. As they collaborate on a variety of games and projects through their individual laptops, a bird’s eye view of the server’s world is projected onto the theater’s enormous display screen. Kids get excited about having their creations appear on a huge screen, but they are also intent on watching creations of other players in the audience, according to Brett Morris, president and COO of Super League. “That’s the a-ha moment for them: seeing that Minecraft community in real time, in real life.” The success of Super League shows just how radically social Minecraft has become, Morris continued. “The stereotype is that gamers are somewhat introverted and would rather just play by themselves—but really it’s the exact opposite.”

Minecraft allows players to build off the imagination of the broader community, according to Alex Leavitt PhD, a researcher at the Annenberg School for Communication and Journalism at the University of Southern California. “There is immense value in social gaming, not only to create new experiences but also for bettering humanity,” Leavitt said. “It will be fascinating to see how games develop in the next five to 10 years and how this affects human behavior.”