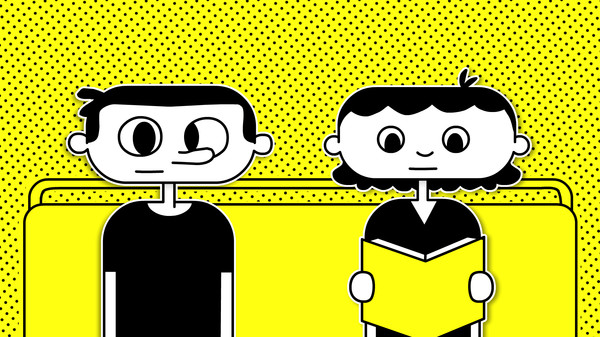 Don’t know how to socially interact? That’s okay. Neither do I. And I suspect there are lots of us, too—the ones who always respond “you, too” after the movie theater ticket taker tells us to enjoy our movies; the party-goers who’d rather sit on the couch and pet cats than talk to other guests; those of us who stare at the ground instead of making eye contact with folks we know at the grocery store. Hell, let it be known: in kindergarten, I peed my pants standing at my desk because my teacher didn’t see me raising my hand to ask to use the restroom. (We were doing stretching exercises for some reason, so everyone looked like they were raising their hand.)

Here’s to hoping that creator Ryan Jake Lambourn has addressed those sorts of situations in Social Interaction Trainer, due out on November 4th. Initially created as part of the IndiesvsPewdiepie game jam, a smaller version of Social Interaction Trainer was released in 2014. Since then, Lambourn has added a bunch more terrible situations for his players to get through—job interviews, funerals, meeting parents. He’s kept in the classics, too—navigating the urinal, talking to cashiers, romancing a lover.

I peed my pants standing at my desk

Much of the game is based on the character’s eye movements. For instance, in the urinal level, you’re not to look at the other person standing beside you. On your date, you can make things seriously awkward by staring too much at your potential partner, or by not looking at them at all. It’s a balancing act of non-verbal communication. And the game’s not meant to be totally serious, though. Speaking to me, Lambourn said the game’s meant to show you that you can’t always worry about “losing” social interactions. “If there’s a real world takeaway,” Lambourn said, “it’s that you can’t take everything so seriously.”