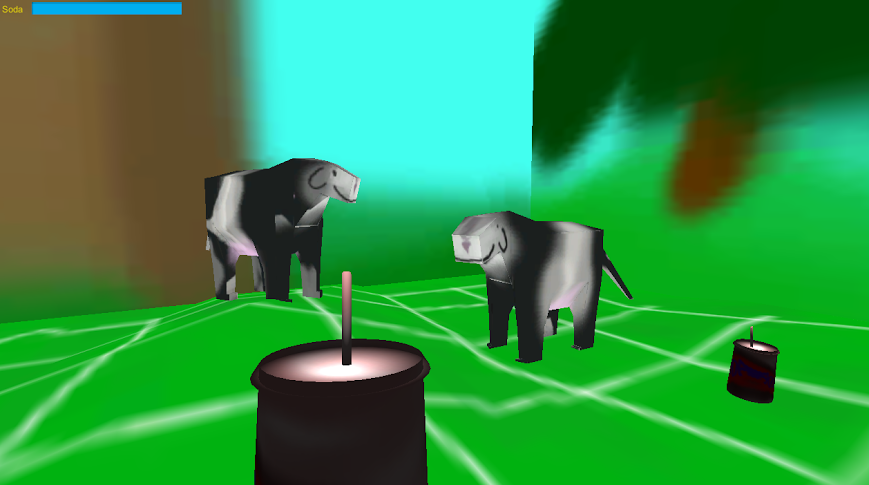 Last year’s Soda Drinker Pro, the soda drinking sim of the forever, is heading to Xbox One this fall, because the only thing sweeter than sipping the brown nectar without the fear of cavities or gaining extra calories is doing so on a fancy next-gen console.

The game’s creator Will Brierly tells me that pixel-perfect graphics and the Kinect motion controller, which will allow you to grip and guzzle an actual can of soda of your choice, will make soda drinking more of a pleasure, if that’s even possible. But of utmost importance is nailing the satisfying sound of slurping. “We have also run tests where we have players drink a soda wearing a blindfold and play Soda Drinker Pro with a blindfold and they can’t tell the difference between the real soda and the simulation,” he says, which sounds like he’s joking, though you can never be certain.

It’s no joke, for instance, that Soda Drinker Pro contains a hidden game called Vivian Clark that will be vastly expanded in the Xbox One version. It’s actually way bigger than Soda Drinker and possibly more fascinating (but in no way tastier). You can think of it as an exercise in postmodernism drawn in crayon. “If you’re a bug who gets eaten, then you become the bug that ate you and see things from an entirely different perspective,” he emails. “From there you might fly onto a human hand, and then you become the person who is deciding to either squish the bug or not squish it.”

Brierly is looking to blow out Vivian Clark with between 200-500 perspectival worlds created by many different artists. He tells me he’s collaborating with big talent both from inside and outside game development to create them, though he can’t reveal anyone in specific at the moment. This whole thing sounds weirdly awesome and has made me very thirsty.