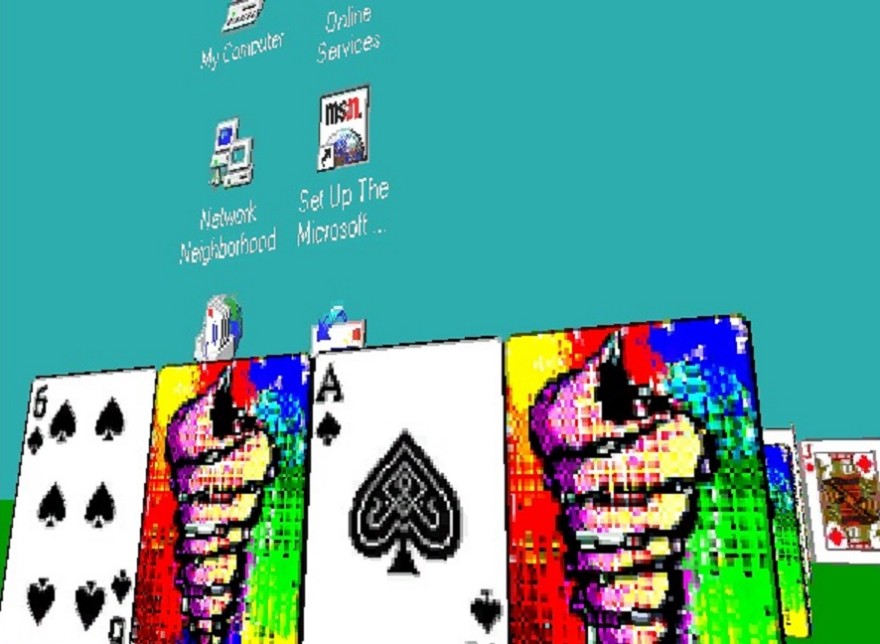 When Microsoft released Windows 3.0 in 1990 it was as if Bill Gates had unhinged his jaw and started swallowing the personal computer market. Apple and Commodore were left hungry as Microsoft’s new native operating system shot the company off into a new, rich future of consumer technology.

You could hang the success of Windows in the ’90s on many things: virtual memory, mimicking the look and feel of Apple’s GUI, protected mode, Gates’s adorable endorsement. They’re reasonable suggestions, sure, but all I’m saying is that Windows 3.0 was the first time that everyone’s secret shame game Microsoft Solitaire was included as part of the operating system. Coincidence?

For many of us, Microsoft Solitaire has always been there; it may have even been the first game you played (and probably the first one you obsessed over, too). But back in 1990, this game was new and exciting just because it gave office workers a means to entertain themselves while the boss wasn’t around. Not much has changed, hey?

Microsoft apparently didn’t intend to breed procrastination and bring about the crashing of productivity at every company, small and large. No, according to a 1994 Washington Post article it was intended for the many neophytes out there, specifically, “to soothe people intimidated by the operating system.” The drag-and-drop requirement to play Microsoft Solitaire was particularly efficient at giving players practice with the swooping precision of the computer mouse, you see.

It’s the comfortable tabletop green space of this digital card game that ‘s debut videogame Solitaire.exe simultaneously celebrates and destroys. It’s played in first-person as if looking through the familiar grey frame of Windows 95. The sky box is the default not-quite-teal desktop color of the 1995 operating system and even has a few basic shortcuts placed upon it, like “My Computer” and “Microsoft Outlook”. You’re placed right inside a 3D recreation of the 2D game.

The cards in this game of Microsoft Solitaire aren’t piled up as if to play the classic game, though. Instead, they stand on end like walls and ensnare you inside a maze. The music is intrinsic to the whole thing: dainty plucks of a guitar underscored by a shimmering wave of magical strings. The recreation is so vivid and “soothing” that it’s clearly a love letter to a bygone era; a nostalgic dream by way of Tron (without the crappy virtual-blue grid world).

While you may think you’re supposed to find a way out of the maze by snooping round each corner, your movement is so fast that you can’t help but knock straight into one of the walls which, surprisingly, causes it to topple. The prim card-sorting of Microsoft Solitaire and its strict lesson in the point-and-click operation collapses before you. It’s a thing of the past. Now you’re enthused to destroy it further by rushing through the walls, that is, until you happen across a peculiar warbling mass that implodes upon contact.

That’s when something amazing happens and you end up corrupting the program. I urge you to experience it yourself, if not for the nostalgia, then for the feels.

You can play Solitaire.exe for free in your browser. can be supported on Patreon.